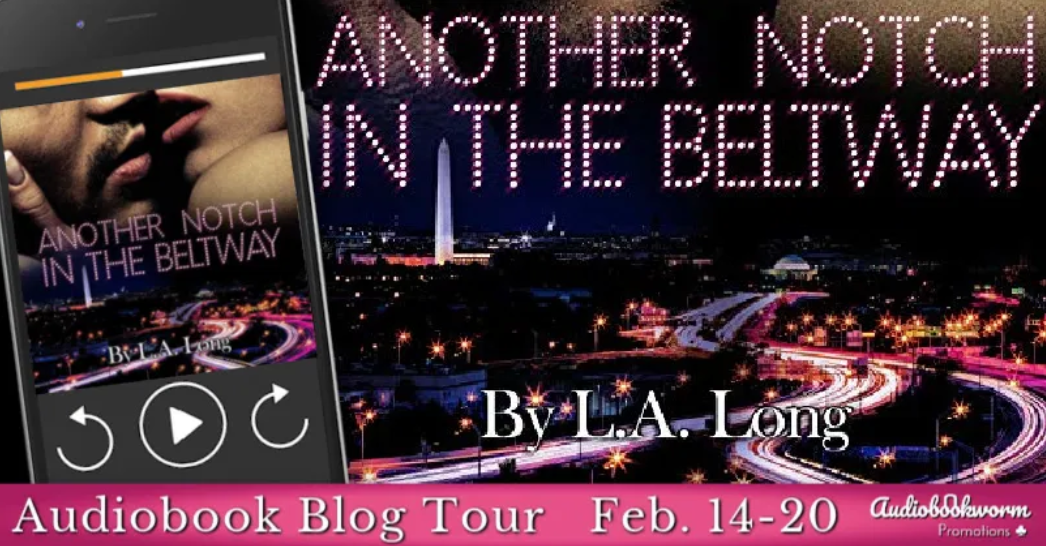 Title: Another Notch in the Beltway

Historical romance writer Lenore Held, aka LaSandra Lacy, feeling the need to step into the present century, both personally and professionally, has agreed to coauthor a steamy contemporary romance with male author, MP Finnegan. And as sparks begin to fly, on and off the written page, the world around them turns into utter chaos.

Her son’s father, Senator Byron Maxwell, makes an appearance in her life after an almost 22-year absence. Theirs was the proverbial bad clique of a Washington romance: the gentrified, conservative, womanizing statesman and the beautiful, brilliant but naive, starry-eyed intern, who had the bad taste to become pregnant with his child. He pretended they didn’t exist, until now. Now he wants something from her, something that isn’t hers to give.

Add to that a media play gone horribly wrong, a stalker, home invasion, and unhinged family members of the senator’s, and Lenore and MP’s life together begins to resemble a book plot. But unlike a book, the turmoil that surrounds them is real and deadly.

L.A. LONG is an insurance industry executive with a long history investigating insurance fraud. She applies her knowledge of the law, investigation, and human behavior to developing her story lines. She lives in Bucks County, Pennsylvania with her family, three cats and a very human dog.

She is the author of three novels, Another Notch in the Beltway, It’s Not Too Late for Therapy, and Operation No Coincidence. Learn more at LALongBooks.com.

2 Replies to “Audio Spotlight: Another Notch in the Beltway, by L.A. Long”