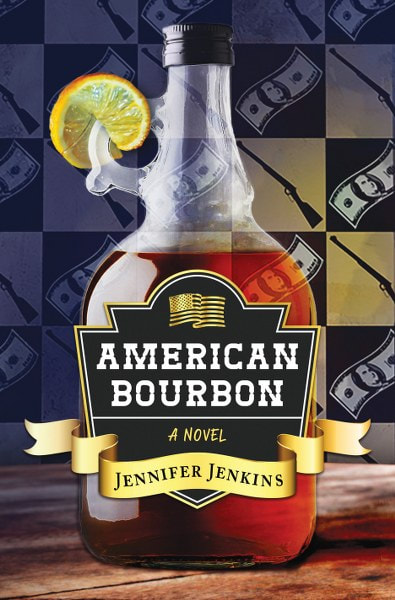 “Jennifer Jenkins’s AMERICAN BOURBON is a compelling and potent family saga filled with evocative characters as strong and flinty as the Appalachia hills from whence they come, set against a smooth plot that goes down with an easy, supple, clean finish.” –Tony Ray Morris, author of DEEP RIVER BLUES

“Peopled with a cast of characters and a setting out of an early Cormac McCarthy novel, American Bourbon . . . starts out with a burn, working its way through you, then settling into your bones, where memories of the journey linger.” – Jeff Talarigo, Author of THE PEARL DIVER

“A day of reckoning, as thick as the fog in Virginia’s Blue Ridge Mountains, looms over the McKinsey clan in this spirited tale of fury, whiskey and grief. And while Jenkins’ rendering of Caleb, the abusive and hard-driving patriarch who parlays an illegal moonshining operation into a multi-million dollar company, is harsh, there is grace to be found among his three grown children as they find their way back to one another. Illuminating, nuanced and heartfelt.” – Laurie Loewenstein, Author of DEATH OF A RAINMAKER

When an illegal moonshine still explodes deep in the Blue Ridge Mountains, the McKinsey family’s world-famous (and legal) whiskey, Bourbon Sweet Tea, is threatened. Government agents swarm the area, eager to implicate Sweet Tea founder Caleb McKinsey, who was a notorious bootlegger before going legit. Finding out he is dying, McKinsey’s ready to hand on his legacy. But none of his children are on speaking terms. His daughter Brigit is determined to remake the company against her father’s will, while his sons want nothing to do with their abusive father. When Caleb dangles a lucrative inheritance if all his children return, Brigit and her older brother Mack grudgingly call a truce to find missing brother Kieran. They journey to New York City, where Kieran fled after his girlfriend disappeared. As crimes from Caleb’s past promise to destroy Bourbon Sweet Tea, the only way to save their company is for Brigit to convince her brothers to embrace the family legends, and live as outlaws once again.

Brigit McKinsey charged into her last illegal hangover with eyes wide open. She burst out from under a mess of tangled blankets, dirty clothes, an empty cellophane sleeve of cracker crumbs, and a scrawny gray cat that did not belong to her. At a little after noon, she banged at the insistent alarm clock that had been ringing and knocked it off the stand, when it finally shut up. She glanced at an indecipherable phone number scribbled on her left hand. Swinging her legs slowly to the floor, she sat up to assess the condition of her head. Not clear, but not terrible either. Time to shake off the cocktail cobwebs of the night before.
Stumbling to the kitchen, she twisted up long, wavy masses of wild auburn hair and fastened them in a potato chip clip. A half-filled bottle of her family’s famous product, Bourbon Sweet Tea, perched precariously near the sink before she tucked it safely back into the cabinet. She searched the refrigerator for a Coke and grabbed two lonely Saltines off the counter. She prided herself on her ability to get up and go, no matter how much she’d drunk. That was why she was a Master of the Party, a title she relished. None of her friends in Touraine had come to the party innocent; drinking was a hazard of small-town living in western Virginia. Either the Baptist God was going to save you, or the Devil had already taken hold of your soul. Brigit didn’t think she needed her soul.
“Happy-almost-birthday!” Annamae Hamilton cried as she flung open her best friend’s front door, bringing in the bright August sunshine. Her cornsilk hair flowed around her tiny shoulders like a waterfall, the coveted treasure of all the Southern belles in her family. With Annamae barely five foot one, Brigit towered six inches over her. They were polar opposites in looks and temperament, with Brigit forgiving Annamae’s addled innocence and Annamae putting up with Brigit’s sharp cynicism.
Brigit, with a mouthful of crackers, raised a hand to wave.
“I think I know where your birthday party’s going to be,” Annamae said.   “Where?” Brigit mumbled.
“You’re not going to believe this, but I saw your brother making plans.”
“Mack?” Brigit said, spraying crumbs down the front of her shirt.
“He was going into the library with a very intense look on his face.”
“Wait, what?”
“Mack, your sexy brother,” Annamae purred.
“Ew, shut up, you pig.”
“So I think the party’s at the library.”
“Maybe he was just getting a book.”
“Brigit …”
“What? He knows how to read.”
Brigit absently placed the crackers on the counter. She snagged a pair of blue jean shorts from a pile of discarded clothing on the floor and pulled them on. She grabbed a wadded-up T-shirt too before Annamae shook her head and snatched it away, handing her a cleaner shirt with fewer wrinkles and no stains.
“No, but seriously. Remember the bluegrass party last fall at the library? Remember how much fun it was, with the bar and band and everything? And they stayed open all night, because it was a private party,” Annamae said.
“But why? Why is Mack doing this?”
“He’s your brother.”
“Look, Annamae, I know it’s supposed to be a surprise and all, but you gotta come clean. Tell me what you know.” Making demands of Annamae wasn’t really fair. She was too honest and too convinced the world was a good place.
“Well, I don’t know anything. Yet. But Mack’s got a lot to make up for, in the party department.”
“Did you talk to him? What did he tell you?” Brigit was now digging through the clothing pile for a pair of shoes that matched.
“No one in your family talks to me until the very last minute.” Annamae said. It was true. Annamae couldn’t keep her mouth shut any better than a big dog at a barbeque.
“Well, it’s insane, even for you.”
“What if he is, though? What if he and your dad are doing it together? Wouldn’t that be a great twenty-first birthday present?”  Brigit watched her friend’s face as she floated into the childhood fairy tale of one big happy McKinsey family.
“No. There’s no way my brother’s throwing me a party. Or my father, either. It’s been three years since the Graduation Disaster, Annamae. Mack and Caleb have learned to leave me alone.”
“Brigit,” Annamae said, “You have to forgive them sometime.”
“No, I don’t.”
“But …”
“I thought you had an interview at Fardowner’s Cafe today,” Brigit said.
“I forgot!” Annamae jumped up. “I gotta go. I’ll figure it all out and call you later.” She sprinted out the door, leaving it open.
“You won’t figure anything out, you never do,” Brigit yelled after her from the doorway. She and Annamae had been friends since they could sit up in a sandbox, but my God, she was blonde.
The acrid scent of smoke assaulted her nose, the slightly sweet warning of alcohol going up in flames. She hurried outside to see two thin plumes of black, dancing and twirling around each other as they rose from Bucks Elbow Mountain. It was not Bourbon Sweet Tea that was burning, she noted with relief. She’d know if that was going up. She was connected to the distillery in her heart. It was where she belonged. On her twenty-first birthday, she’d finally be old enough to vote on her stock. It was the day she’d been waiting for her whole life. She’d have her big twenty-first birthday bash, and then cut back on the drinking and get serious. She was no longer the little girl, the little sister, and they could no longer pretend she didn’t exist.
She was going to take over Bourbon Sweet Tea. 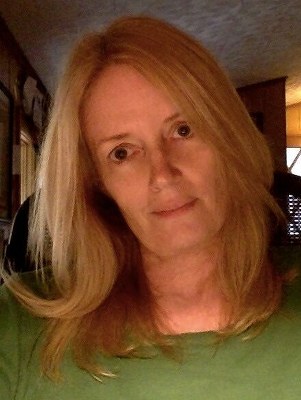