I am thrilled to be hosting a spot on the ALIEN’S CAPTIVE by Tina Moss Blog Tour hosted by Rockstar Book Tours. Check out my post and make sure to enter the giveaway! 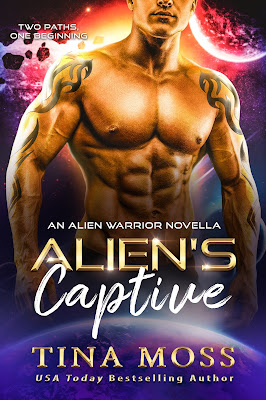 All I’ve wanted since my abduction from Earth’s first long-range space flight is freedom from my alien captives. But when I’m sold off to a Rhonar warrior, I learn I’m not the only one enslaved on this hellish planet, and survival comes at a cost.

The dominant alpha alien they call Xelan may be my new master, but his fair dealings—and devilishly sexy charms—give me hope for the future.

If I can strike an agreement with the battle-scarred warrior, perhaps together we can change the destiny of those bound in chains.

And if I can’t—well, I haven’t backed down from a fight yet.

However, as enemies line up to destroy the alien warriors and subjugate the galaxy, I discover that the universe has a sense of humor.

Fated mates are real. And Xelan declares me his.

How can I attain my freedom if I’m tied to another being? Even if his possessive growls and single-minded attention ignite my desires in ways I’ve only dreamed, I cannot be his.

But how long can I fight the pull of a mating bond before I lose my head—and my heart—to the heat burning between us?

Only the stars know.

Alien’s Captive is a sci-fi romance launching two new series in the world of the Rhonar alien warriors. Will they find their brides? Steamy seduction, alien abduction, enemies-to-lovers, and a HEA guaranteed.

***
DON’T STOP NOW! Be sure to pre-order HERE so you don’t miss the full story of the ALIEN’S CAPTIVE! Or join my Patreon and read it before anyone else! 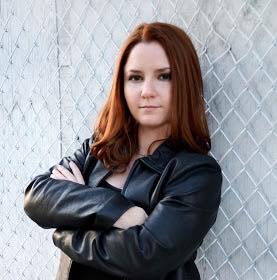 Tina Moss is a USA Today Bestselling Author of urban fantasy, paranormal romance, and sci-fi romance. She lives in NYC with a supportive husband and corgi Bear, though both the males hog the bed and refuse to share the covers. Her corgi Chuck now lives in her heart. When not writing, she enjoys reading, watching cheesy horror flicks, and traveling. As a 5’1″ Shotokan black belt, she firmly believes that fierce things come in small packages.

Tina has a promo on my Patreon too that if anyone signs up in the $10 tier, they receive the eBook and a signed paperback. It runs until the end of October: here.

Tina Moss is giving a finished copy of the book to a person who subscribes to her newsletter.