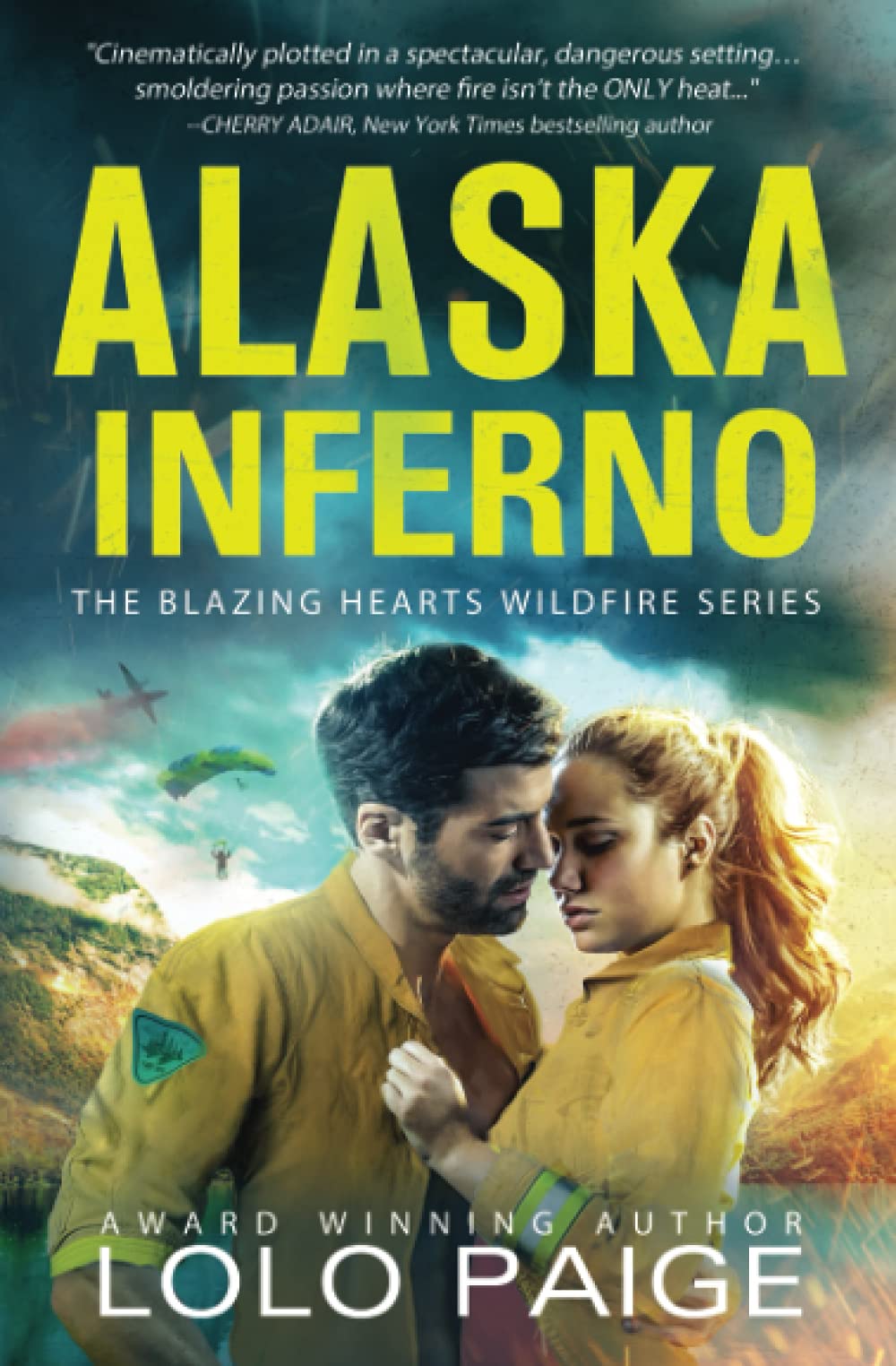 Can a series of wildfires lead to true love under a midnight sun?

Jon Silva is back as a wildland fire investigator, along with his well-earned reputation as a crack firefighter and notorious serial dater. But things have changed in Jon’s world. Now, there are only two women in his life—the one he wants, and the one who wants him—at any cost.

Liz Harrington returns to Alaska’s Aurora Crew, fighting wildfire to earn seed money for her new business. She resisted her attraction to Jon last fire season, but this year she’s not sure she can quell the smoldering passion that ignites whenever they’re together. Though it’s tough, she won’t let her heart be another casualty of the infamous Wildland Wolf.

Someone is setting fires on the Kenai Peninsula. When Jon is summoned to investigate and Liz dispatched to fight the blazes, more than the wildlands are heating up. What Jon discovers blows his world apart. And while Liz fights the most catastrophic fire in Alaska’s history, everything she’s worked for may soon go up in flames.

As Liz and Jon race against time to find the arsonist before their beloved Alaska turns to ash, they must find a way to overcome the lethal forces determined to keep them apart. Fire is unpredictable, and so is love – but will their second chance at romance be extinguished before it’s even lit?

Other Books in the Blazing Hearts Wildfire Series: 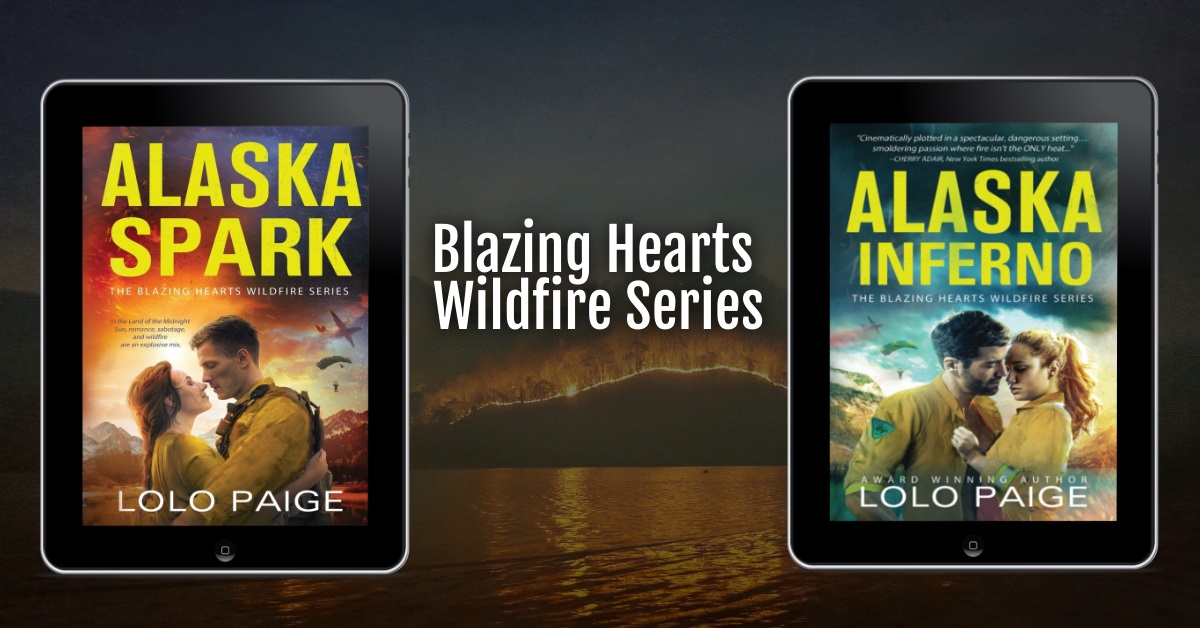 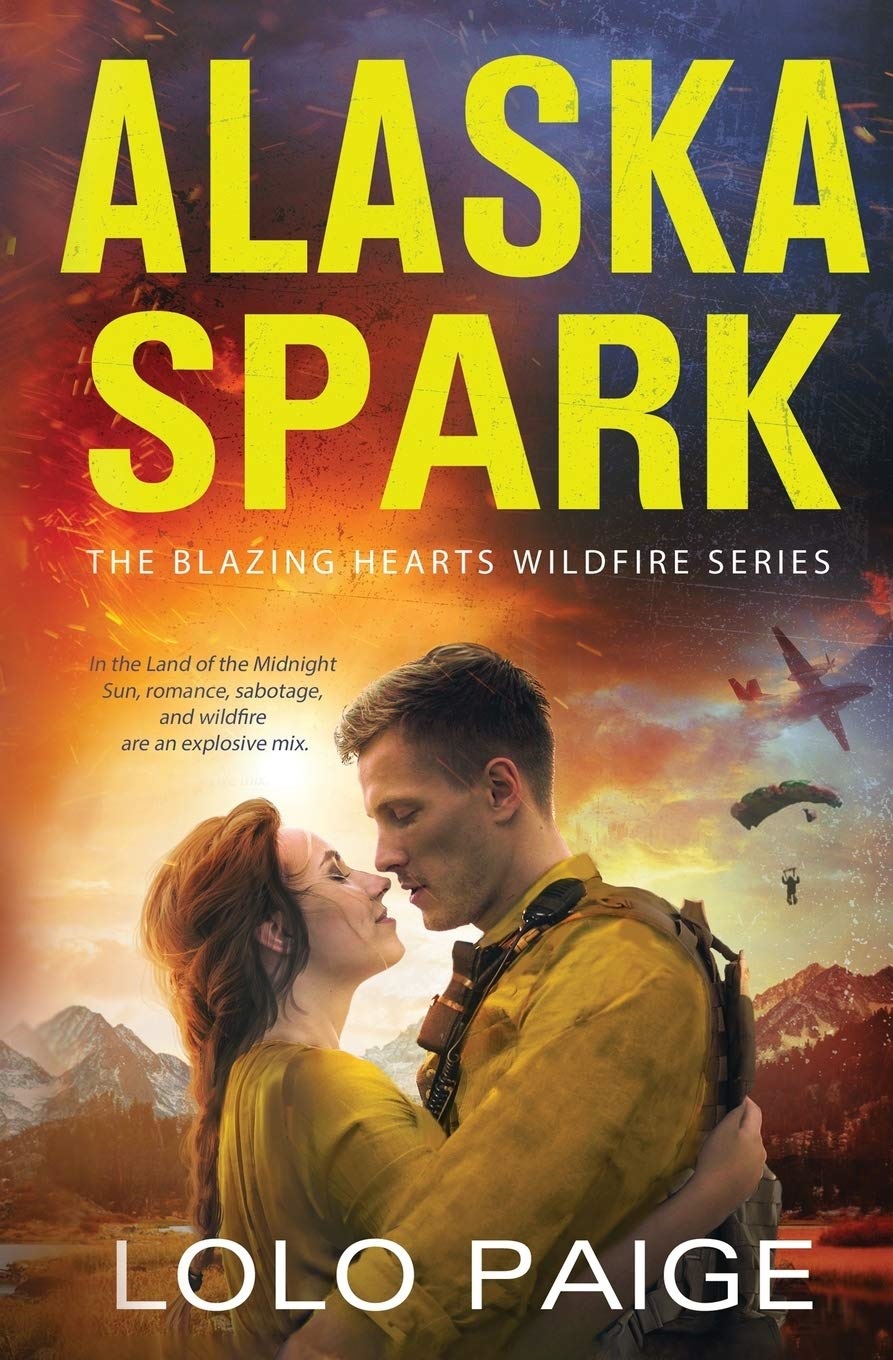 Romance, sabotage, and fire can be a deadly mix!

Can a chance encounter on a wildfire lead to true love under the midnight sun?

Tara Waters loves being a wildland firefighter and the adrenaline rush of fighting wildfires is her calling. She must be on her game to join an elite hotshot crew in Montana. But when Tara is sent to fight fires in Alaska, her dream falls out of reach.

Sexy Alaskan smokejumper, Ryan O’Connor takes Tara under his wing and counsels her when she fails to save someone on a wildfire. She owes him one, but not her heart just because of his irresistible charm and good looks. Ryan has his own story with plenty of demons in his past. And Tara may be the spark his life needs.

But when a mysterious adversary sabotages Tara on the fire line, she discovers a threat more dangerous than fire—a threat that can destroy everything she’s worked for and second chance for love that could be extinguished before it ignites. 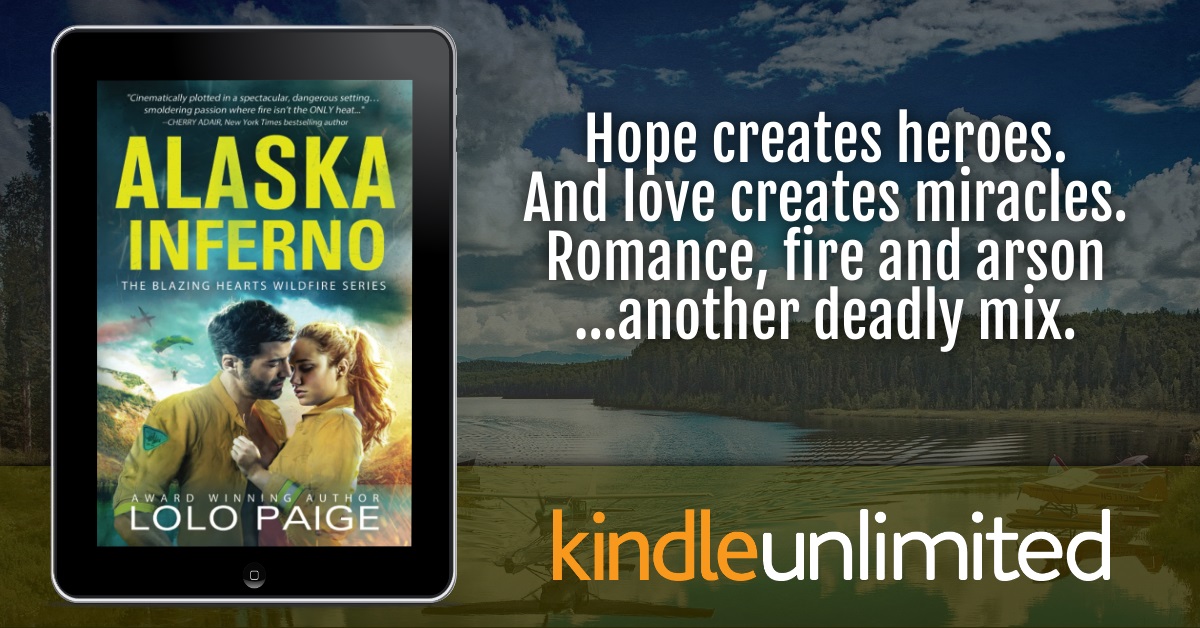 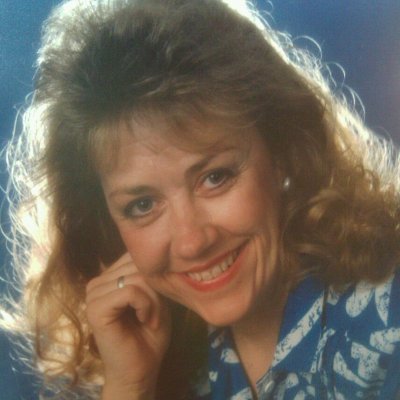 LoLo Paige is an award-winning author whose works include novels, short fiction and nonfiction. Her romance books have finaled in several Romance Writers of America (RWA) contests, and her debut novel, Alaska Spark was awarded a 2020 Indie B.R.A.G. Medallion award and was a finalist in the 2021 Eric Hoffer and Next Generation Independent Publishing awards.

Alaska Spark ranked No. 1 on the Amazon Bestseller List for romantic suspense in all markets, including the U.S., Canada, and Australia. The book also ranked in the top 25 in the UK. Alaska Spark has been featured in Publishers Weekly Booklife Magazine, and her nonfiction story about escaping a runaway wildfire won a 2016 Alaska Press Club award. She’s a member of the Alaska Writers Guild, Romance Writers of America, and Romance Writers of Australia.

She divides her time between Alaska and Arizona with her husband and golden retriever, enjoying summers at their Kachemak Bay cabin across from Homer and fishing for halibut and salmon…and writing!

One Reply to “Book Blitz: Alaska Inferno, by Lolo Paige”