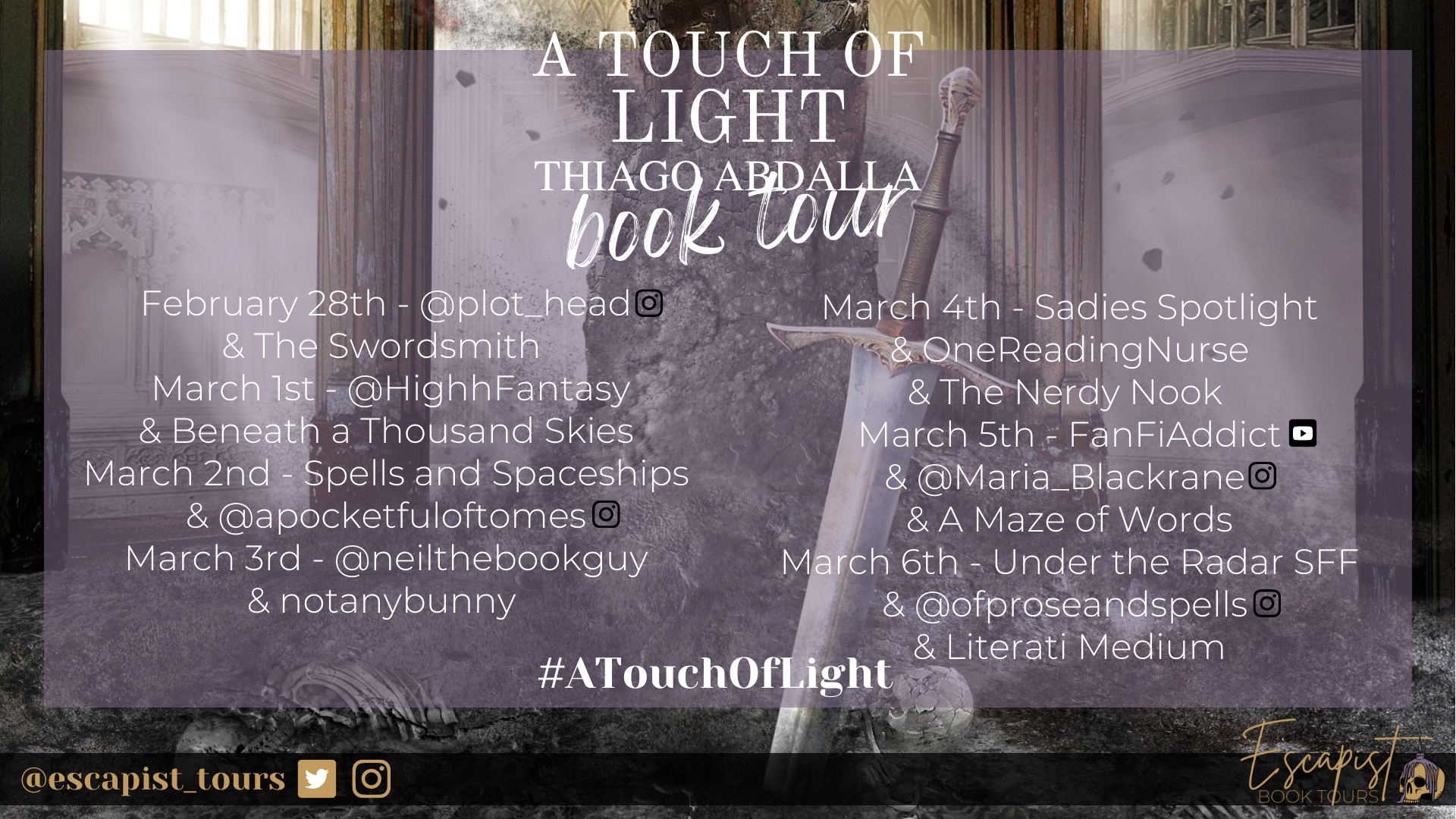 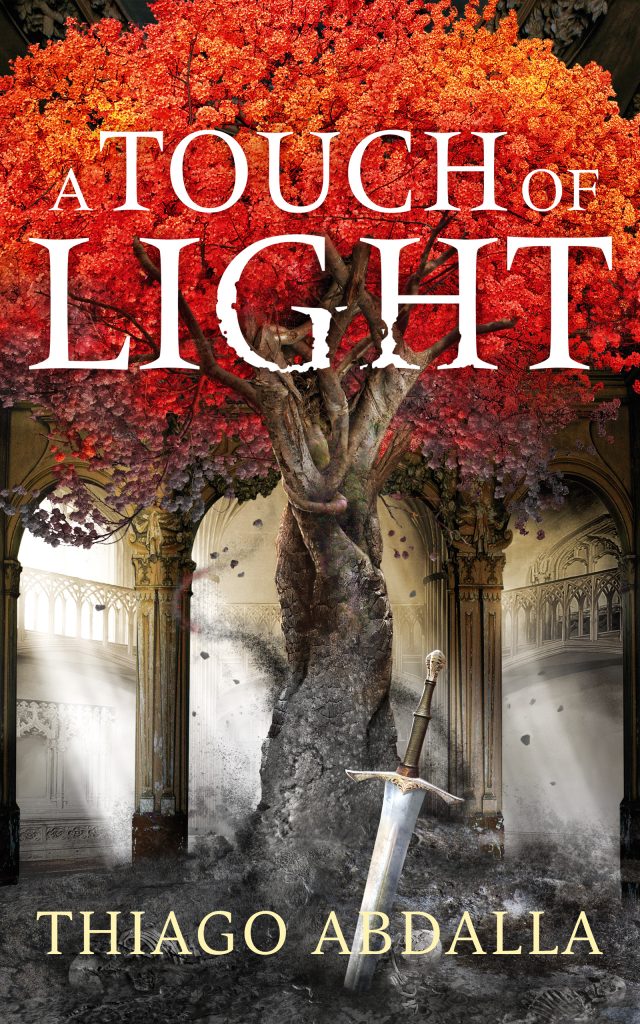 You Won’t Like Me When I’m Angry • Is it Just Me or is it Getting Hot in Here? • Why So Serious?

The dead shall not be mourned or remembered, for death is the enemy, and will only drive the Seraph away.

The Domain is the bastion of life. The Seraph blesses her faithful with endless years, and death is kept away in hope for Her return, but The Domain nations are not the only ones in Avarin. They have managed only a tenuous peace with the clans to the south, who believe life must be returned to the Earth to keep it whole.

Yet the world of Avarin is changing.

In the clanlands, parts of the Earth seem to be withering away, while in the Domain, a deadly frenzy spreads among the people. It brings darkness to the minds of men and bloodlust to their hearts.

This sickness threatens more than just the peace in the realm, it imperils its very heart.

Now the people of Avarin must fight to save it, before death comes for them all.

Dive into this sweeping epic fantasy saga where religion and politics are one, magic brings terror into the hearts of men, and a looming blight threatens to tear everything down

1.What inspired you to write this book?
I’m not one of those writers who’s been writing since they were young. I had the idea of publishing a book bouncing around in my mind since my twenties, but what really inspired me to start was when I found out my wife was pregnant. I wanted to take a shot at doing this full time and having more time with my son.

My greatest draw to fantasy has always come from Magic: The Gathering and PC games. MTG has been such a big part of my life that it probably influences me subconsciously at this point, so I wouldn’t be able to point out what in the story was influenced by it, but it’s definitely there. I’ve always loved PC games as well. The story is always what kept me coming back to them, and Diablo 2 and Warcraft 3 in particular were the ones that most influenced my teen years. The initial spark, however, came from a Symphony X album cover called Paradise Lost. I don’t think I’ve ever listened to the album, but the cover stuck with me for years.

2. What, if anything, did you learn when writing the book?
In the writing process… well… everything. I studied writing craft for about 8 months (through craft books) before starting to write, and even then I was only scratching the surface. I also can’t understate how much I learned from my editor, Julian Delfino. He was an integral part in this bringing this story to life and taught me A LOT through his examples.

It’s a constant learning process, though, and I think there’d be still an extensive list of every little thing I’ve learned throughout the process. I’m still learning a lot, and I’d be remiss if I didn’t mention how important Mark Lawrence has been in sharing his experiences (through his patron discord). I’ve also met a bunch of authors on The Oasis discord server and their experience has been invaluable. The fantasy writing community is generous and amazing.

3. What surprised you the most in writing it?
This may sound cheesy, but I was honestly surprised when I got positive feedback from my editor and a few other people who helped me throughout. Impostor syndrome is a real thing, and I think most writers will tell you they think their writing is bad throughout the entire process.

4. If it’s not a spoiler, what does the title mean?
It is meant in a darker sense that all you need is a touch of light to see the horrors lurking in the dark. Religion plays a heavy role in this story, and what people preach as being right or being the “way of the light” might not be the best/right path for the characters. If someone forces light into your darkness, it might not always show what you want to see.

5. Were any of the characters inspired by real people?
Not really. They are an amalgamation of crazy ideas and experiences I’ve had.

6. Do you consider the book to have a lesson or moral?
I’m definitely not looking to impose any kind of belief onto people, so I’d say it has themes, not lessons or morals. As to what they are, I think it’s part of the experience to let the reader identify with what parts relate to them, so I think I’ll leave it there.

7. What is your favorite part of the book?
Don’t think I can answer this one without heavy spoilers, but let’s just say it involves reunions, madness, and death.

8. Which character was most challenging to create? Why?
Nasha. Not close. Writing a character that is always struggling to balance herself on an emotional edge was very, very challenging. There were times when I questioned if I knew what I had gotten myself into.

9. What are your immediate future plans?
I just finished translating the book into Portuguese (I’m Brazilian, friends are pressuring me to read it), so now it’s being revised and I’m jumping into revising the outline for book 2. I plan on having at least four books in this series, so there’s no time to waste.

Thiago was born in Brazil but grew up in the fantasy worlds from the stories he kept in his mind. He has inhabited everywhere from Middle-Earth and Azeroth to the planes of Dominaria, Ravnica and Tarkir. No matter the medium, what kept him coming back was always his love for story.

He could never wait for the next world to dive into, so, after being (indirectly) urged on by the (printed) words of Joe Abercrombie, Mark Lawrence, Patrick Rothfuss, N. K. Jemisin and many, many others, decided to create his own. 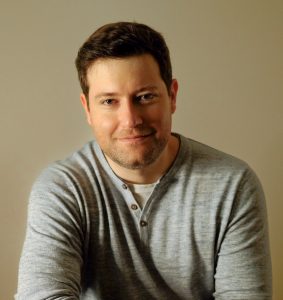 2 Replies to “Spotlight & Author Interview: A Touch of Light + Giveaway”