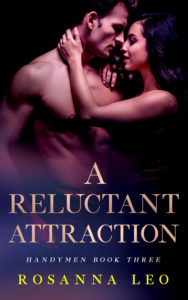 A Reluctant Attraction by Rosanna Leo

Book 3 in the Handymen series

He was looking for an escape. In her, he found his home.

Contractor and Handymen host Nick Zorn needs a change. He’s been feeling listless, and when his ex-girlfriend embarrasses him in a viral post by sharing private details of their sex life, he’s downright ready to escape. When an opportunity to reinvent his career arises, Nick takes it, even though it might mean the end of Handymen. However, the team has one more project to tackle together first—a struggling cat sanctuary in dire need of renovation.

When Nick arrives at the shelter and meets its owner, a lovely widow named Claire, his life is once more thrown into disarray. Neither of them is looking for a relationship, but the attraction is fierce. As he helps Claire fix her workplace, he realizes he wants to help her in other ways too. Their flirtation sizzles, flaring into a friends-with-benefits arrangement.

But the more time they spend together, the more reluctant these ‘friends’ become to fight their deepening connection, even though they know their inevitable break will devastate them…

Reader advisory: This book contains scenes of cyberbullying and harrassment, mentions of animal hoarding, bereavement and mourning. There are also references to male impotence and erectile dysfunction.

Nick Zorn opened the coffee shop door and paused at the entrance, waiting for the now-familiar giggles of ridicule. Releasing his death grip on the door handle, he took a hesitant step.

Luckily, no one noticed him.

Letting out a quiet sigh, he hurried toward the back of the café, and sat at a table in one of the darker corners.

Maybe it was time to start holding his head high again. He was Nick fricking Zorn, beloved TV star, businessman and friend to all.

A young woman at one of the other tables glanced in his direction. Her eyebrows shot up and she stifled a grin.

Seeing as his brothers hadn’t yet arrived, he pulled out his cell phone but didn’t turn to any social media apps. He just bowed his head and stared at his home screen, trying to appear busy.

Within minutes, Michael and Eli arrived.

“What took you so long?” asked Nick.

Only when they sat, providing a buffer between him and the rest of the café customers, did Nick relax a little.

“Yeah. Just dandy.” Change the subject. Pronto. “Hey, did Lacey tell you what this meeting was about? She was vague with me.”

Lacey was typically the first to arrive for meetings. Of course, they usually held their meetings at the Inspiration Network offices.

For the last few years, Nick and his brothers had been hosting the Toronto-based TV show Handymen, as well as operating their own contracting business. On their show, they helped families realize their home renovation dreams, suiting them up with new appliances and teaching them how to tackle difficult renovation projects.

It wasn’t unheard of for Lacey to pull the brothers in for a meeting, rather than involving the whole crew, but there was an unusual air of secrecy about this tête-à-tête.

“What about you?” Nick asked Michael. “She must have told you something.”

Michael grunted. “Why would she tell me anything that she didn’t tell you?”

Nick and Eli just stared at him.

“For God’s sake. I don’t have any more of a direct line to Lacey than you fools do.” Michael frowned. “Although she was acting cagey the last time I saw her.”

Michael liked to pretend he and Lacey Styles didn’t have a special bond, but they did. Or at least, it was a different sort of bond from the one Nick or Eli had with her. Not only was Lacey their director on Handymen, she and Michael had had a relationship. It had been some time ago, and Michael was now very happy with his wife, Emily. His only present connection to Lacey was a solid working relationship, one based on trust and mutual respect.

That didn’t mean Nick and Eli hadn’t teased him about his ill-fated tryst for a good long time.

Not anymore. Nick had recently made a vow not to tease anyone about their relationship status, especially since his last one had ended up being such a clusterfuck.

Besides, they all cared about Lacey. She’d been good to them. She’d singlehandedly guided their TV careers, coached them on navigating the press and even taught three Neanderthal builders how to develop their presence on social media.

In Nick’s case, she’d also recently taught him the merits of keeping a low profile when needed.

Of course, most importantly of all, she had turned Handymen into a popular home renovation show. Their success was mostly in the Canadian market, but they had big plans. From day one, Lacey had made it clear she aimed to get the team a coveted timeslot on the Create Network, the biggest home improvement network around. It hadn’t happened yet, but Nick was hopeful. He knew they had the chops to break into the American market.

The shop door opened. Lacey spotted them and walked over. Dressed in her customary heels, a slim skirt and a frilly blouse, the brunette turned a few heads as she made her way to the table. “Gentlemen.” She sat down next to Nick and smiled. “I appreciate you meeting me outside of our regular venue and time.”

That was Michael. He never wasted a word, if he could help it. Nick stifled a chuckle.

“Anyone want coffee?” asked Eli. “I could use one.”

They all gave Eli their orders and held off on the official part of the meeting until he returned with four steaming cups.

Lacey grabbed her usual soy latte, took a sip and put it down. “I have great news. Life-changing news, actually.” She paused, looking at each of them in turn, creating suspense.

It only took a few seconds before Michael began to tap his finger on the table. “Put us out of our misery. Please.”

“All right, all right. So, guys, what has been my number one objective with Handymen?”

“Has Create picked us up?” asked Nick.

“Not quite,” said Lacey. “But it’s almost as good. As you know, I’ve always been focused on getting new viewers. A plan is in place to help us find a wider audience than ever before. A couple of days ago, I got called into a meeting at Inspiration. The executive producers were all there. They want to take Handymen in an exciting new direction.”

Nick bit his tongue. The last exciting direction the producers had suggested involved the Zorn brothers wearing tank tops during their tapings, ones that would show off their muscles. Luckily, they had all ixnayed that idea into oblivion.

“Basically,” continued Lacey, “they want us to take the show on the road.”

“Okay.” Eli had a note of caution in his voice. “Define on the road.”

Lacey’s smile grew tight. “I mean, on the road. Traveling. Visiting new cities. Tackling renovation projects in places like Vancouver, Montreal, New York, Boston. All over North America, frankly. The idea is that we would concentrate on a new city each episode. It would give us a chance to work with different styles of architecture, different gardening zones, even some historic properties. It’s a huge opportunity for some great exposure. Isn’t this wonderful?”

Nick kept a careful eye on his brothers. He didn’t need to hear them speak to know what they thought.

They hated the idea.

And he couldn’t say he blamed them.

Michael, for one, would never do it. He was married. Not only did Emily have a thriving business in downtown Toronto, he would never walk away from Zorn Contracting. It had been his idea to start the business, and he still saw it as his baby. They all did, of course, but Michael had always made it clear it was just as much of a priority to him as his work on Handymen.

Then there was Eli, who had just gotten married. His wife, Bernadette, known as Bernie, worked for a local not-for-profit agency. Her big project was to help administer a camp for children in cottage country, a couple of hours outside Toronto. It had become a passion project for both her and Eli, and because the camp only had one summer under its belt, Eli wasn’t about to ditch it.

Nick already knew neither of his brothers would take significant time away from their wives or their businesses. The first couple of years in a new business were crucial.

“Well?” prompted Lacey. “This is the part where you say, ‘This is amazing. Thank you for sharing this incredible news.’”

“This would be for the following season, which we have to start working on soon,” explained Lacey. “As you know, our contracts only take us through the coming season. We haven’t been renewed yet beyond that, and it was a chance for the executive producers to make some changes. Change is good, guys. Tell me what you think.”

Eli began, his face pinched. “Lacey, I can’t. There’s no way I’d leave Bernie for that length of time.”

“It’s not like we’ll be gone for years. Just, you know, a few weeks here, a few weeks there. In total, maybe a few months out of the year. And you can travel back and forth as much as you’d like.”

She looked to Michael. “And you?”

“It’s out of the question. Lacey, you know Em and I are settled here.”

“Look, I understand that the logistics will take getting used to, but it can be done,” she replied. “You could talk to Emily every day, thanks to that handy smartphone I taught you how to use. It’s not like you’ll be communicating via carrier pigeon. And, guys, if we want to hit the big leagues of TV, we need to break out of Toronto. You know this. I hear what you’re saying. It would be hard at first, but it would be so worth it.”

“Worth it for all of us.” She turned to Nick. “I guess you feel the same way?”

Nick’s face heated as the others scrutinized him. Of course, she’d assume he’d toe the Zorn party line. Sometimes, people didn’t credit him for having thoughts independent of his brothers, but he did.

Did he want this?

What did he want? Truth be told, he’d been considering it a lot lately, agonizing over it.

Frankly, the only thing he’d wanted for the last couple of months was a chance to escape. 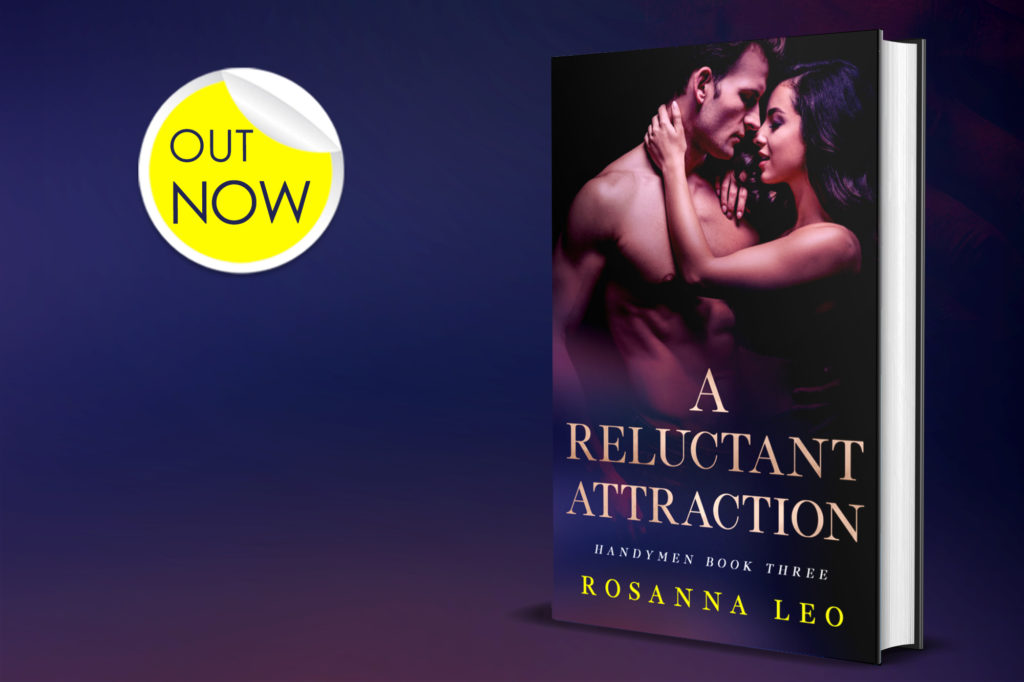 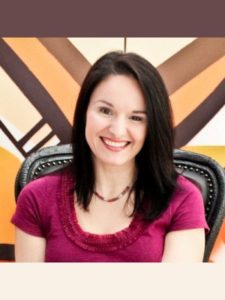 Rosanna Leo writes contemporary and paranormal romance. She is the First Place Winner of the 2018 Northern Hearts Contest (Contemporary Romance) for A Good Man.

From Toronto, Canada, Rosanna occupies a house in the suburbs with her husband and their two sons, and spends most of her time being tolerated by their cat Sweetie. When not writing, Rosanna works for her local library, where she is busy laying the groundwork to become a library ghost one day.

Enter to win a fabulous gift package and get a FREE romance book from the author!

ROSANNA LEO IS GIVING AWAY THIS FABULOUS PRIZE TO ONE LUCKY WINNER. ENTER HERE FOR YOUR CHANCE TO WIN THESE FABULOUS SEMI-PRECIOUS EARRINGS AND GET A FREE EBOOK FROM THE AUTHOR! Notice: This competition ends on 4TH May 2021 at 5pm GMT. Competition hosted by Totally Entwined Group.