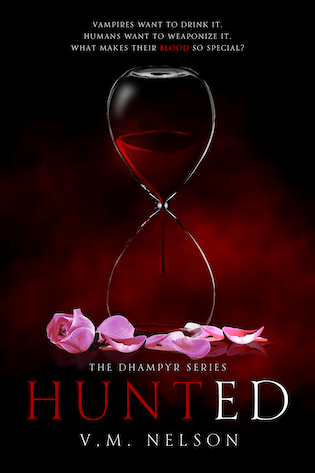 Tasi, an eighteen-year-old, head-strong, blood-drinking, dhampyr, has been hidden away in a small town in Maine since the death of her parents. Though she had trained to fight and kill vampires, she never believed those skills would be useful in her mundane life. That’s where she’s wrong.

In one moment, her life changes forever, and her aunt’s final words ring in her head.

They want your blood.

Now orphaned and charged with protecting her sister, Emily—a sister who doesn’t know what they are or that she’s about to endure a life-threatening change—Tasi has no other choice but to follow directions left for her. She is to find an ally who lives in New York City. This is the only way Tasi will figure out why she and Emily are being hunted before they end up drained of their blood.

What started out as a routine task to find blood turned into an onslaught of pain. I rubbed my eyes, allowing the darkness that filled my head to fizzle away. My hands, tender from scraping against the gravel, grasped at the cold metal fence. I flinched as my cuts burned against the steel. I’d done this to myself. The thumping under my skin and my lack of balance were all a result of ignoring my need to feed.

Now here I sat, watching my blood as it dripped down my leg and pooled onto the sidewalk. A tingling sensation ran through me as I flicked out the tiny shards that had embedded themselves in my skin. My body helped to push them out in an effort to heal itself. This was not part of tonight’s plan. I stared back up at the fence—my nemesis. Razor-sharp wire wrapped itself around the top of the rusty, twelve-foot-high chain-link barricade.

Take the shortcut, Tasi. It’ll be quicker and safer, Tasi. What a stupid idea.

Under normal circumstances, I could dart up the fence, hop over the barbed wire, and gracefully land on my feet. My overall dexterity might have won me a gold medal in gymnastics, but that was so not happening in my current condition.

An ache thundered through my body as I reached for the fence again. I hoisted myself up for the first time since tumbling off. With one last labored breath, I ran my hands down my pants, dislodging the remaining rocks from my newly healed skin. Nearby, a rustling sound echoed through the alley. My breath caught. The metal garbage cans clanked together as if they were being tossed around. If I were human, I wouldn’t think twice about the commotion. Lucky for me, I knew better. It was probably setting up to kill its next victim. There were a few shady-looking dive bars and run-down nightclubs in this area. The repetitive pounding of music stemming from different directions would drown out all screams. This was a perfect feeding ground.

Over the past few months, these creatures had become my reality. Since I was thirteen, I’d known of their existence, but only recently had I been in the same vicinity as them. And when they were around, you didn’t want to be, so it was time to go.

With a quick pivot in the opposite direction, I ran. I didn’t get farther than a few feet before my shoelace caught in the grate and my chin scraped against the ground. More blood dripped from my body.

Tasi, seriously—what else can go wrong?

Wrapping the shoelace around my fingers, I yanked until it released itself. By the time I tucked it into my shoe, it was too late. It had heard me. The pounding in my ears was no longer from the nightclubs but the pavement, and it was getting louder. I’d piqued its interest. Rather, my blood had piqued its interest. 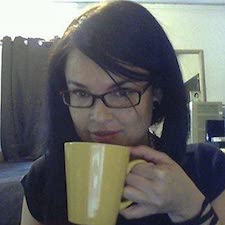 V. M. Nelson is the author of The Dhampyr Series. She writes upper young adult paranormal, urban fantasy with a touch of romance thrown in. When she isn’t writing, you can find her playing video games.

Virginia resides in Minnesota with her partner and three children. She has always had an obsession for myths, legends, and fairytales. If asked, she would prefer to live in an alternate universe with vampires and fairies.