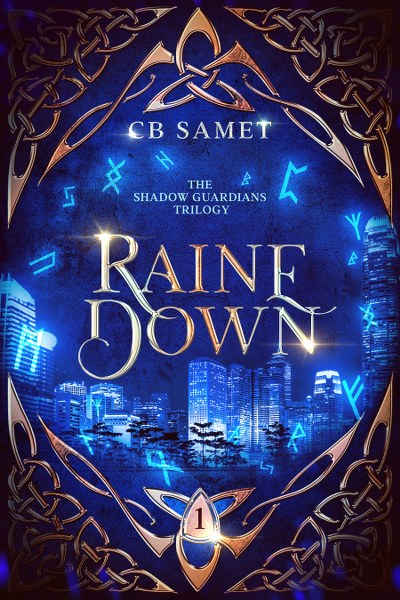 Ragnarok happened. Survivors converged on earth many millennia ago, breeding and blending with humans. Now, a secret battle of bloodlines is being waged in the shadows of the real world.

Raine Thoren became a Shadow Guardian to protect non-magical humans from threats they aren’t even aware of. But the latest killer on the loose has stealth and power unlike any adversary she’s faced. She won’t be able to bring this one down alone.

FBI Special Agent Will Decker prefers to work by himself. When a mysterious woman saves his life, she’s suddenly assigned to work with him in his quest to track an elusive killer. The more he learns about his new partner, Raine, and what demons lurk in shadows, the more fantasy becomes reality.

If they’re going to stop the demon and unravel prophecies of the future, they’ll need to work as a team and unlock each others’ hearts and untapped powers.

***Raine Down is the captivating first book in The Shadow Guardians urban fantasy romantic suspense series. If you like engaging characters, sizzling tension, and magic, then you’ll love this series.*** 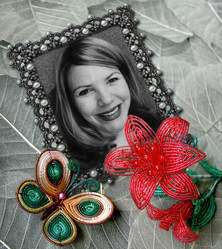 Christina is a four-time award winning author in thriller, romantic suspense, and fantasy.
She is a mother of two energetic boys and a Jack Russel Terrier. She is a lover of suspense, adventure, and happy endings. She completed The Avant Champion epic fantasy series at over 450,000 words, and is working on a new urban fantasy trilogy. The Rider Files books 1-7 are complete, and she’s plotting and writing books 8 and 9. She writes action and adventure in fantasy and romantic​ suspense genres with strong female leads.
​“I grew up reading Tom Clancy, Michael Crichton, and the Bourne books. I write seeking to create that level of action and intrigue but with female heroines. I love the quote, ‘She needed a hero. So she became one.’ My novels have empowered women overcoming powerful obstacles and the strong men who support them.” 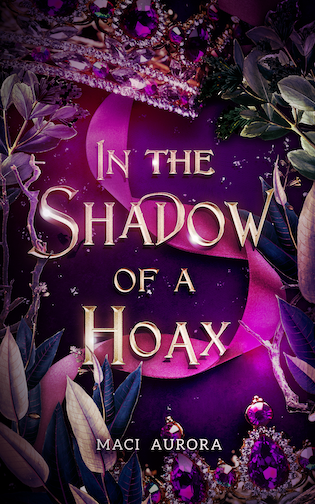 In the Kingdom of Kaloma, a woman is forced to rely on a man to “keep her” and is forbidden from maintaining anything of her own. It’s the law.

In the remote village of Sevens, at the northernmost point of the kingdom, there lives a family with four daughters and a son, toiling day in and day out together, hopeful a treaty with the boarding kingdom of Jast might change things.

When one daughter—at risk of being imprisoned for fighting back—hides away in the Whitling Woods. She stumbles upon a dying man and despite the risk to herself, chooses to save him. Only who he is has the power to change everything…

Tarley Fareview, idealistic and stubborn, does what she can to support herself in spite of an unjust Kaloma law. When she fights back after being attacked, she flees into the woods disguised as a boy. While in hiding, she discovers a dying man and must decide if she risks her life to save him. Unable to walk away, Tarley chooses to intervene and works to save the stranger, only little does she know that by doing so she’ll also risk the heart she promised herself she’d never give to anyone.

When the Crown Prince of Jast, Lachlan Nikolas—forced by the king to attend treaty negotiations with the kingdom of Kaloma in disguise—is attacked, his horse bolts, and they both careen over a cliff, falling to their deaths in a raging river below. Only, miracle of miracles, Lachlan doesn’t perish, and instead is given a second chance at life, but at a price. When he wakes, he’s not only been stripped of his clothes but also his identity. Saved by a strange woman—in a terrible disguise because she looks nothing like a boy—Lachlan must learn very quickly how to survive in a world where he isn’t a prince anymore and with zero skills other than his entitlement and his charm. Unsure who to trust, Lachlan must reinvent himself, learn how to survive, open his heart to discover the truth about worthiness, and discover what it means to sacrifice one’s self for true love.

It was nearing sunrise on the fifth day. The twilight teasing the flap of the tent. The birds were only beginning to sing, and though the music of the birds waking and the river beyond were usually her salve to get her moving, her eyes were so heavy, and her body weighted with exhaustion. Her mind and senses lulled toward sleep by the sound of Ollie’s clear breathing and the song of the birds, so she shut her eyes.

She stretched her body, uncurling it, and basking in the gloriousness of warmth and rest. Her hand dropped against something unforgiving, her head pressed against a wall. She moaned, disoriented, and grabbed hold of the mound under her quilt trying to figure out what had crawled into bed with her.

“I’ve always enjoyed a good fondling, but I prefer it being reciprocal.”

Tarley’s eyes snapped open at the foreign sound—a man’s voice with just the hint of an accent with which she wasn’t familiar. Skin. That’s what her eyes focused on. Lots of it. An arm. A shoulder. A scruffy jaw in need of a shave as she raised her gaze. Full lips arched with a smile, the bottom slightly fuller though the pronounced arches of the upper. He was grinning, and his eyes—a myriad of colors—were darkened with a ring of deep green at the edges.

Realizing she was flush against him, holding him, Tarley jerked back, scrambling to the opposite side of the ten, only there wasn’t enough room to maneuver. She regretted the quick movement, her body protesting with aches and pains of not enough sleep.

Her cheeks heated realizing she’d been holding him in her sleep. Holding onto him the night she’d been trying to save him flashed in her mind reminding her she’d held him before. To save him, she snapped at her inner self.

Her eyes danced across the quilt until she found the bravery to meet his gaze. 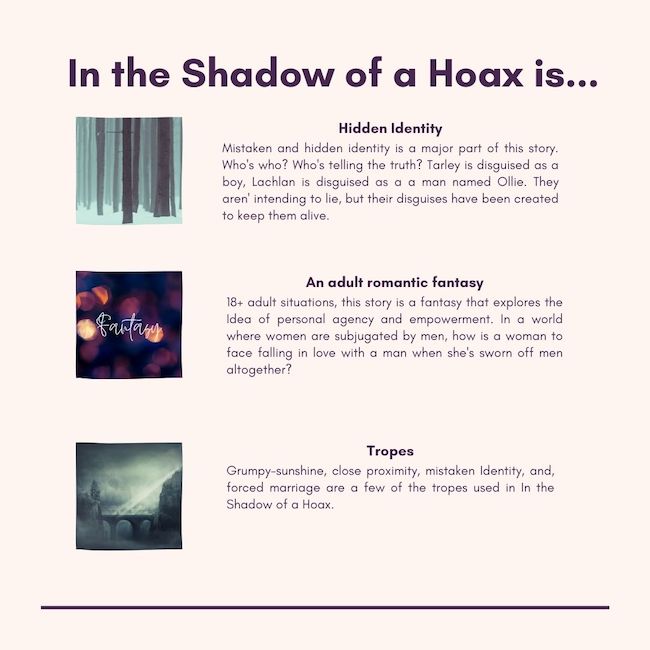 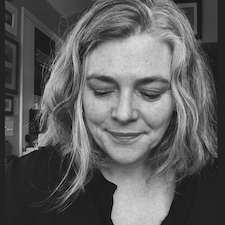 Maci Aurora has been writing stories since she was a child. When she was eleven, she fell in love with reading Sunfire Historical Romances about girls who made a difference in their lives and still fell in love. In high school, a friend introduced her to Lavyrle Spencer and Judith McNaught, and from there, her writing journey was cemented in telling stories about love. Having already published many novels (all of which are threaded with romance as upper YA and New Adult titles) under the pen name, CL Walters, Maci Aurora wanted to write stories that offered the same attention to story and characters but with additional steam.

Maci writes in Hawaiʻi where she lives with her husband, their children, and their fur-babies. 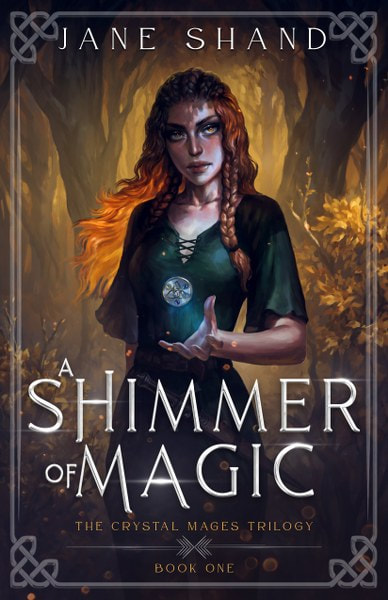 A Shimmer of Magic

Elin believes she will never belong
Her magic is too dangerous.

This is the first book in The Crystal Mages Trilogy, a young adult coming-of-age epic fantasy series.

Elin is pulled into a dangerous quest and her life is changed forever when she is found by Kamaria, a mage with her own issues, and a group of rangers. Kamaria is desperate to prove herself and Elin could be the key.

Elin struggles with her burgeoning friendships, learning to control her magic, and her feelings for the grey-eyed ranger, Kai. All while contending with renegade mages, assassins, and deadly creatures from legend. She also learns secrets from her past and the reason why her parents abandoned her as a baby.

She discovers that her dead parents have bequeathed her a heavy responsibility, as well as a key. A key that could release a dark mage.

Elin will need to rein in her dangerous magic before evil is unleashed across the world.

If you enjoy strong heroines, richly imagined magical worlds, adventure, mystery, and stories about friendship, then you will love A Shimmer of Magic. 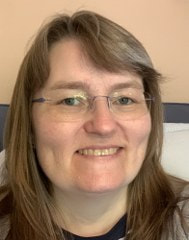 Jane Shand has always been an avid reader of fantasy and mystery and is an author of YA Fantasy.

She got hooked on fantasy after reading ‘Lord of the Rings’ at a young age and was determined to write books full of magic and adventure.

She lives in Hampshire, England with her family and two cheeky cats who would love to help her write.

She has published The Darkling Duology plus a prequel novella, a standalone book, and is now working on The Crystal Mages Trilogy which will be followed by a longer series set on the same continent.