Welcome to the book tour for Isle of Dragons by L.A. Thompson! Would you just look at this cover?!

Watch steampunk technology and high fantasy witchcraft clash in this heroine’s fast-paced, epic journey to rescue her father and reveal the secrets of the noble court.

On the run from the royal army in a giant mechanical centipede, sixteen-year-old Jade Sol embarks on a dangerous adventure to help her father escape from the Isle of Dragons—a land of untamed magic that some believe only exists in myth.

When Jade is cornered by soldiers, a mysterious witch named Miria Atkins rescues her, calling on ancient spirits from a magical realm to channel their mystical energy into light and matter. Jade begs Miria and the sorceress’s mechanist brother, Dan, to join her quest. The siblings resist at first, but their hearts soften when they hear of her father’s fate. Their own parents had attempted an expedition from Vansh to the Isle of Dragons years ago and never returned. Together, the trio journey across the feudal countryside and trek across the sea to become the first humans to reach the elusive Isle of Dragons… or so they think.

The Hidden Library (Isle of Dragons #2) is Now Available!

L.A. Thompson’s iconic steampunk heroine is back in this richly imaginative quest to find a mysterious magic library that holds the key to winning the war against the corrupt King Jarrod.

Jade and Kaylen, childhood friends turned rivals, now race to find a portal located in an ancient library hidden from mankind for years that will either doom or save their world. To follow the king’s orders and regain all she’s lost, Kaylen must decide what, and who, she is willing to sacrifice. Can Jade, the dragon-taming witch Miria, and the pragmatic pod inventor Dan race against the clock and stop Kaylen from opening the gateway between realms before it’s too late?

Packed with fast-paced action, Jade’s newest adventure introduces new friends and enemies, and magic obstacles beyond anything Jade has seen before. Hang on tight as mysterious revelations unfold about the Isle of Dragons and its inhabitants.

Fans of Jeff Gunzel’s The Legend of the Gate Keeper series and Cecilia Dominic’s The Art of Piracy will be enthralled with L.A. Thompson’s brilliant and magnetic storytelling.

L. A. Thompson always wanted to be a writer who created different worlds and characters that would draw people in and take them into a time and space where they can forget their worries for some time. Combining her love for fantasy and witchcraft, she writes about historical periods and creates a world that is a mix of both technology and magic. L. A. Thompson is a freelance writer and resides on the coast of Australia. 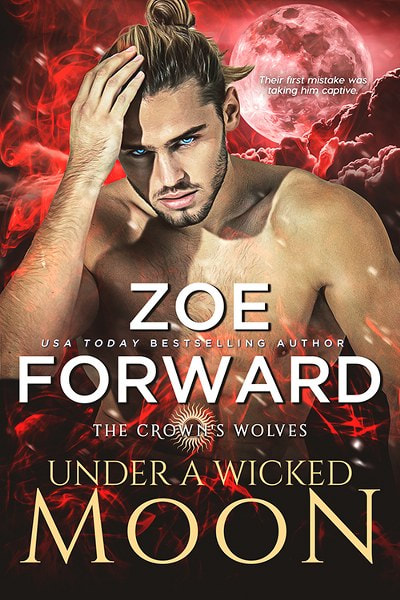 Under a Wicked Moon

Lycan Ky Lanzo is bound by the Crown’s command. His latest mission directive was deceptively simple. Get yourself caught. Now, Ky’s been bound, drugged, and collared by an unknown enemy in a facility that knows enough about him to neutralize his lycan strength and his telekinetic magic. But he’s not alone in his cell. Because there’s someone else with him. Someone exquisite. Someone altogether forbidden…

For Vivi Kinley, another month gone by means another full moon trapped in a cell with a moon-crazed lycan. There once was a time I’d never kill a living creature. Only, Ky is different. He’s powerful, latently sexy…and wanting him is dangerous trouble. Because sexual attraction is exactly what their captors want—and it’ll be an icy day in hell before she’ll allow it.

Now, Vivi and Ky have one chance at escape and to discover what twisted organization did this to them—and make them pay. The good news is that Ky might have found his near-impossible lycan mate. The bad news is that she might be programmed to kill them all…

The The Crown’s Wolves series is best enjoyed in order. 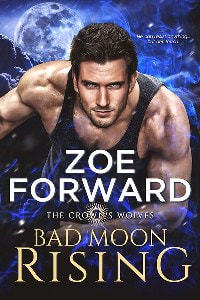 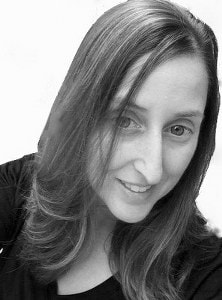 You can find her residing in the South with a menagerie of four-legged beasts and two wild kids.

Congratulations to author August Hill on the release of his novel Division X, the perfect Halloween read!

Twenty-four years old, no job, and kicked out by her parents, Randi Matheson is living at her aunt and uncle’s trying her hardest to complete a novel she can’t seem to start when a carnivorous monster interrupts her middling life on a full moon night. Attacked during an ordinary family dinner, Randi’s relatives are murdered, and she is bitten by the beast. Surviving the slaughter, Randi returns home to her distressed family only to become a monster herself under the next full moon. Nearly devouring her younger brother, she is stopped by the intervention of Division X, a company devoted to the killing and capture of paranormal threats. She awakens in a containment cell the next morning to be given an ultimatum… work for them as a new weapon in the fight against evil or be dissected. A cure to her lycanthropy is promised along the way, and with real motivation to stay alive, Randi pushes herself to the brink to return to her normal life. Small town horrors lie in wait with even smaller heroes to stand against them. Can Randi save them and herself, or will everything crumble to the wills of evil?

I’m not me when I kill people. At least, that’s what I tell myself. I wake up, and I know I’ve done something horrible. My hands are covered in blood, my clothes are gone, and my stomach feels full. I don’t remember what I did. All I remember is the pain. It’s impossible to forget.

It starts with the fur. It spreads like fire, melting me. My bones go next, shifting, changing, breaking. I always cry, always scream, but I can live with the pain. I can’t live with what comes next. Something takes control and pushes me into the dark. I sleep a dreamless sleep, and when I wake up, the nightmare begins.

I don’t know them, the people I’ve killed, the ones I’ve eaten. But I do know they weren’t all bad. I live with the pain because I deserve it.

After receiving an education at the University of Massachusetts in Amherst, August Hill started writing Division X, a supernatural horror filled with dark humor, adventure, and sinister creatures that leap off the pages.

His love for all things spooky and scary was unleashed when he discovered Jurassic Park at four years old and the R. L. Stine Goosebumps collection in elementary school. He holds a huge appreciation for 80’s horror and is partial to fun, dark, and witty ensemble casting with younger heroes. Some of his favorite influences include The Lost Boys, Aliens, Gremlins, and An American Werewolf in London to name a few.

Hill’s knack for writing fiction emerged at an early age when he wrote stories for his own enjoyment. He is a collector of horror films and is a board game enthusiast. When not writing, he can be found walking trails with his dog, enjoying movie nights with friends, spending time playing video games, and camping in Maine.