A painter with a mystical talent. An adventurer with a lifelong quest. Can they survive a brush with danger and find the love they lost in their youth?

Amelie pretends she’s content with her small business outside New Orleans. But despite her magical ability to create paintings anyone can travel through, she yearns for the love that never was. So when the boy she rescued as a child by sending him through her canvas returns as a handsome man in need of her aid, the aimless artist is startled by the flood of unexpected emotions.

Rav’s quest feels never-ending. Having escaped an abusive father through the hidden world Amelie opened for him, he’s dedicated his life to fulfilling his mother’s deathbed request. A request that has taken him across the globe, searching for an enchanted treasure. But when the object he’s seeking eludes him, he returns to the painter who saved him as a child… and discovers she’s all grown up.

Agreeing to paint the landscape to complete Rav’s epic journey breathes new life into Amelie’s world. But when the stakes are raised, Rav must answer the ultimate question: which treasure is more precious?

Buy Sky Over Mountain and Memory for a unique shade of fantasy today!

“I control my gift, Rav, no one else.” Amelie’s hands formed fists at her side. “I say when and where, and I choose the purpose when I it. But you don’t know that because you haven’t been around.”

She bit her bottom lip and drew a shaky breath. Even to her own ears, her voice was petulant and angry. But she’d held on for twenty years. Now that it was out, so there was no sense in sugar coating. “I know why you left. I even know why you didn’t come back at first. But sending me a cryptic chain with a note you couldn’t bother to sign? That’s just cowardice.”

“What if I said I wanted to protect you?”

Amelie pounced to her feet, sending her chair backwards. “Bull.” She jabbed her finger at him, the silver coin banging against his chest. “You stayed away because it was convenient to you. You returned for the same reason.”

Rav rose, taking his time as his height let him hover over her. He met her eyes, wood meeting steel, and kept his voice low, in contrast to the rising pitch of hers. “You were my dearest friend, Amelie. You saved my life. Not a day has passed without a thought of you. Do you think I would have sent you a ghost’s trinket otherwise?”

Amelie took three steps backwards, Rav three forward. When her back bumped against the wall, she put her palm on his chest, the chain still entangled in her fingers. She didn’t have words, so she said nothing, and in the silence of what they did not say she noticed the intensity of his breath on hers, the nearness of his lips, the sudden clouding of desire in his eyes. He dipped his head to her, bringing them closer, and her heart pounded in response.

His eyes dropped to her lips. He inched closer. “I never forgot you. The little girl or the woman.”
She licked her lips, head spinning as she fought for her voice. “Which one is it?”
Rav furrowed his brow. “Which what?”

The whisper of his skin on hers, the sweetness of lingering peach tea, the salty dew of nervous sweat. Desire howled like a dog straining on its leash.

But Amelie knew better. He was back for a reason, and that reason wasn’t her. “Which coin can’t you get to without me?”

His sigh was one of defeat. If it took effort for him to back away from her, she couldn’t tell, but the space between them became cold and sharp at his distance. The cloud behind his eyes lifted, and a shadow of guilt took its place.

Then he spoke a single word and shattered the tenuous cord of their long-ago friendship. “Air.” 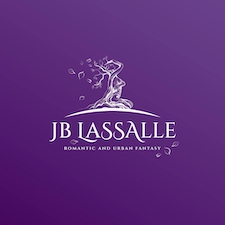