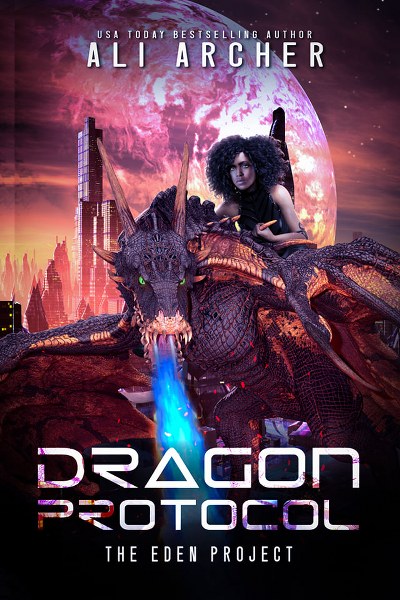 After a thousand years in space, the Eden colonists have finally found a world to call their own—if they can survive it.

With one side constantly drenched in light, the colonists’ new world seems like their best option to begin again, and most don’t question what happened to its previous inhabitants. A thousand years of searching has made them impatient to start fresh, but theirs isn’t the first attempt to colonize this world, and they aren’t alone.

To celebrate their new beginning, the Prem’yera decree a bonding between Wylie, the lowest-caste girl, and their son, Finn. On the eve of their bonding, Wylie discovers a dragon and unwittingly unleashes a killer—or so it would seem.

Exiled to the dark side of the world, Wylie is left to die—a reality Finn refuses to accept. Surrounded by enemies hiding among friends, Finn is no longer sure who he can trust, or who should be saved first—Wylie, his people, or himself. 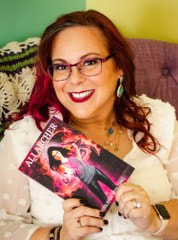 We’re celebrating the release of page-turning thriller, Inhuman Acts by Brooke French! Read on for more details and don’t forget to try your luck at winning a $25 Amazon gift card!

A deadly, incurable disease creeps silent through Chattanooga. And its victims aren’t random.

When inexplicable human rabies cases appear in Tennessee, disease ecologist Letty Duquesne jumps at the chance to trace the virus back to its source. But the closer Letty gets to finding the outbreak’s origin, the further someone will go to stop her.

With an unwanted promotion threatening to take Letty far from the fieldwork she loves, this outbreak feels like her last chance to make a difference. It’s not something she can ignore, especially now. The spillover of zoonotic diseases to the human population is on the rise and violent animal attacks-like the one that killed her sister-are becoming all too common.

Something in nature has gone very wrong.

Local authorities would rather she go home, but Letty can track a source animal like no one else. With the help of disgraced detective Andrew Marsh, Letty follows the virus’s epidemiological trail. But her every move is watched. And the source animal is closer than she thinks.

Available on Amazon and Other Fine Retailers!

Brooke French is a recovering lawyer turned writer who lives with her husband and sons between Atlanta and Carmel-by-the-Sea, California. She spends most of her days gleefully researching and writing about fatal viruses, terrorism, and murder.

Click the link below for a chance to win a $25 Amazon gift card!

Corporal Jack Graven should be dead. Murdered by a vengeful angel at his own father’s funeral, Jack is resurrected and returns to life carrying a terrible secret: he is the Archangel Gabriel reincarnated.

Jack’s not the only one with secrets. His older brother, Lieutenant Colonel Tyler Graven “Demon of Kyoto”, has just inherited his father’s fortune and legacy as Lord of War, with no intention of stopping there: Tyler will someday rule the world.

The brothers reunite their elite military unit, “The Four Horsemen,” with Tyler’s longtime flame Colonel Diana Levitas and the mysterious Lance Corporal Jin Xialong. Together they seek to uncover the truth of Jack’s past life and propel Tyler to his impossible destiny.

Thrust into a supernatural war, the Gravens find salvation through the Black Muramasa, a cursed black katana and the only weapon that can destroy immortals. As they uncover more mysteries behind the ancient blade, they come face to face with the Devil himself, but in the most familiar of faces. Their pasts, presents, and futures all linked, the Four Horsemen must end the war once and for all to survive with their souls intact. Failing could mean the end of the world.

A follow up to the explosive first book in the Ballad of Fallen Angels series, “Sympathy for the Devil,” Book 2 is an action-packed, gun-slinging adventure that packs the punch of a military thriller with high-stakes supernatural intrigue.

“Make no mistake about it,” I continued. “You and your companions are caught in the middle of a war, a war of immortals. You need me just as much as I need you. As my disciples, the only change is your indebtedness to me. I would in essence be your master, and in return I will continue to offer my advice and protection. As it stands, I would say the two of you are quite indebted to me already.”

“What will we gain from this?” Jack asked. “I’ve never even considered the thought of pledging myself in return for information.”

“You gain an identity for yourself, and Tyler perhaps his soul. It will make sense once I’ve finished, this is for certain. You will also gain intimate knowledge regarding the immortals after your lives, but not without the assurance that I have my followers.”

Jack and Tyler faced each other then, seemingly sharing a silent moment of contemplation.

“I tried walking away once, and it didn’t end well. He knew my name, a name I haven’t shared with anyone here,” Jack stated, turning in his chair to face Tyler. “I’m still alive, so I’d like the truth.”

“Two,” I counted, displaying both fingers in the air. “Very well, then, my disciples. I will reveal everything you wish to know and more. The greatest story ever told.”

“Who are you really?” Jack asked.

What are four things you can’t live without?
Family, friends, coffee, and purpose

What is your favorite television show?
It’s between Peaky Blinders and The Boys

If you could be any character, from any literary work, who would you choose to be? Why?
Kvothe from The Kingkiller Chronicles. He’s a natural genius who becomes a legend in his own right.

What have you got coming soon for us to look out for?
Stairway to Heaven (Ballad of Fallen Angels Book 2)

What books or authors have most influenced your own writing?
Lord of the Rings, Malus Darkblade Series, Kingkiller Chronicles, the Bible, and many many more 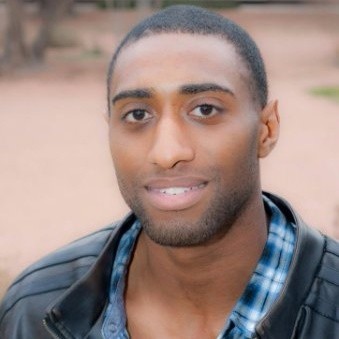 A $50 Amazon/BN GC will be provided to a randomly drawn winner via rafflecopter during the tour.