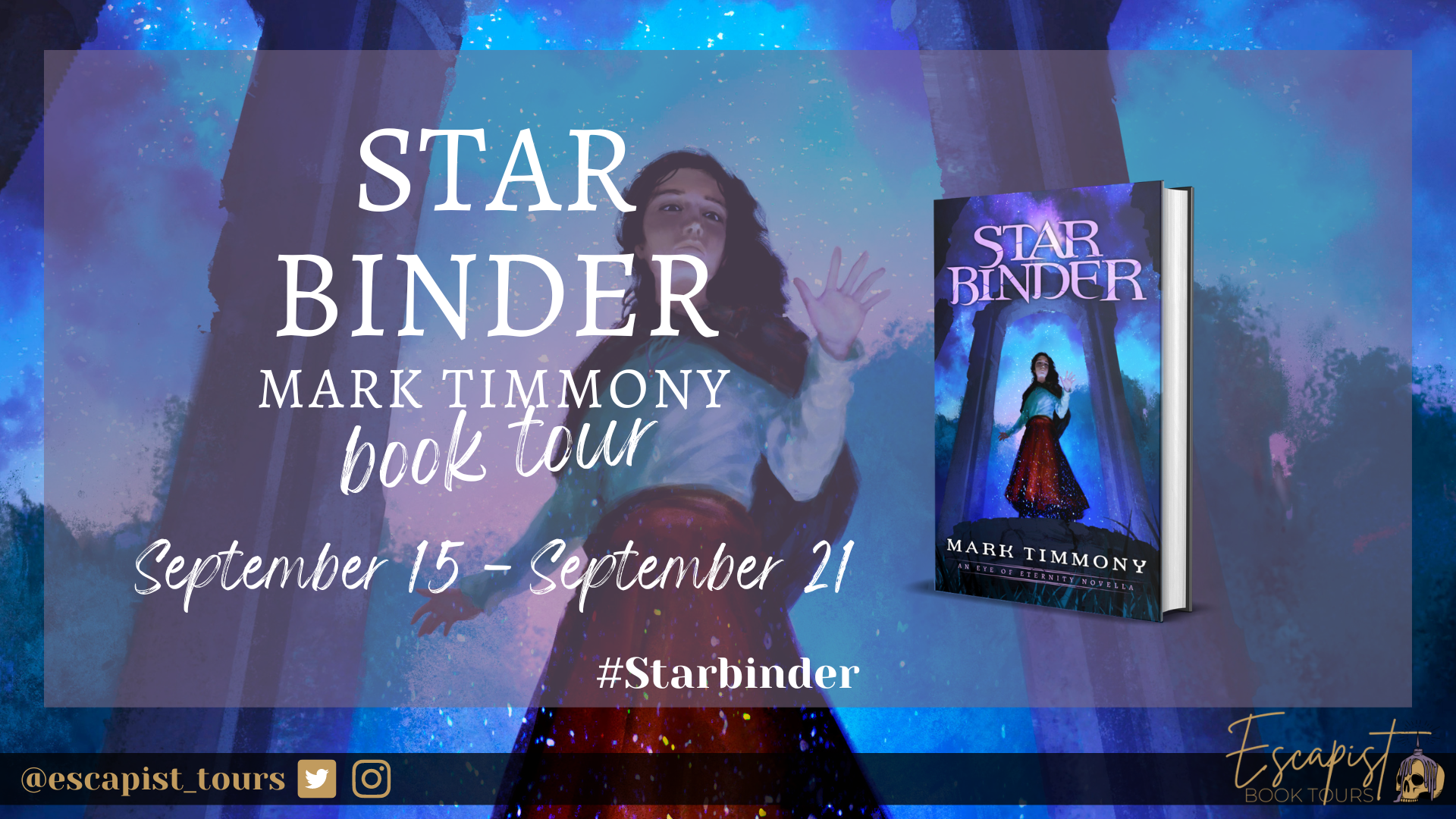 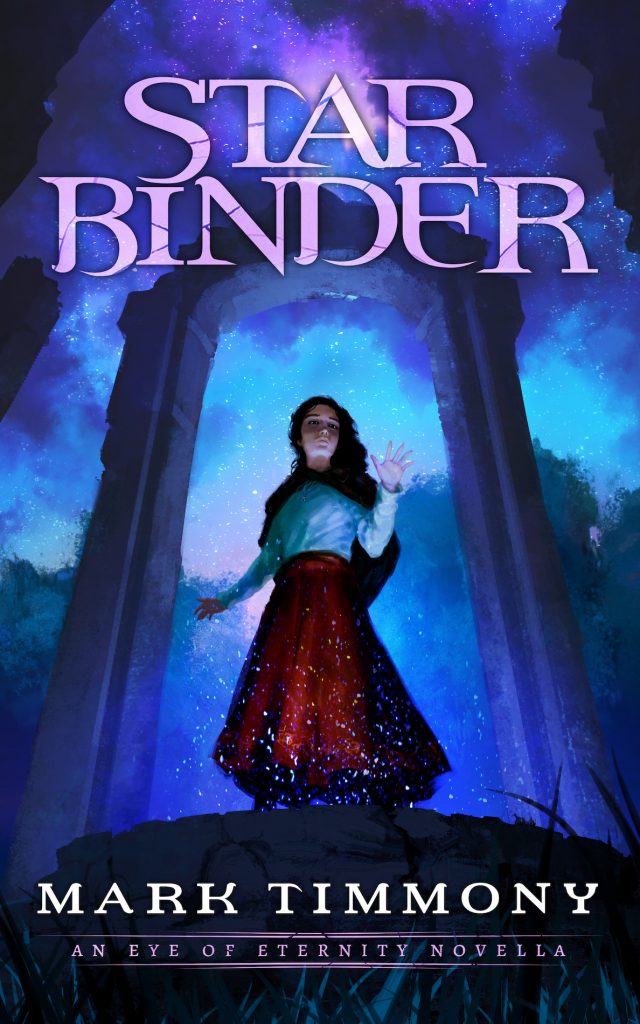 Forged in betrayal. Tempered by the stellar winds. Chosen by the stars.

For five hundred years since the Sundering, the order of the Shaluay Starbinders has been dwindling. With their Starwells lying dormant, key artefacts of their order lost and their seers driven mad by the powers that broke the world, only one hope remains to the man who leads them; a fifteen year old girl.

Born to a clan of Wanderers, Reiana has been raised by a harsh grandmother who blames her for the death of her daughter, Reiana’s own mother. When bandits attack the clan’s camp, Reiana leaves the safety of the caravans to pursue the abductor of her younger cousin, heedless of the dangers.

But when a creature of the Void takes notice can Reiana’s own untapped abilities save her, or will the truth of a betrayal see her lost forever?

Starbinder is an action-packed prequel novella to The Blood of the Spear. If you like flawed heroes, fast-paced storytelling, and intricate world-building, then you’ll Love Mark Timmony’s character-driven introduction to the epic fantasy series, The Eye of Eternity.

You can also get this at The Broken Binding and get a signed bookplate too:

When I first came upon the Face, I was newly raised to the rank of Seer. My cora’stone was still uncoloured, though as much a part of me as the air within my lungs.

As an initiate, I had not known the depths of Arleth’taur nor the secrets we Shaluay Starbinders kept. I had learnt of the outer world, the stars around Sobia and the history of the realms. As a Seer, I had been presented before the Probability Matrix, deemed worthy and given access to the libraries to better research and understand what I Saw.

But books are not the only thing of which the Ardes Librantus are conservators. The world within Arleth’taur, the Cradle of the Stars, contains histories as well as prophecies, works of art as well as books and scrolls, nightmares as well as dreams.

My daemon was trapped within the Face.

I did not know its nature when first I saw it. The quantstructs of the Shaluay often mimic life, and intelligence. I found the Face—an enormous head sculpted from metal—in a room of water, the floors and walls running with it. It rested on the floor, untouched by rust, staring at a dark ceiling and weeping red tears.

I was not meant to be in this room, but having been born to the Imperial family, I had been denied nothing and thought I knew better than my teachers.

The levels that were forbidden in Arleth’taur are the ones I sought. It was only after I Fell that I understood they were restricted with good reason.

Its voice was soft, gentle. It reminded me of the mother I had lost long ago. It enticed me, lowered my defences, and baited me with the tiniest hint of the knowledge I craved.

There is a reason the Shaluay keep their initiates sheltered, just as the Ciralys do for those who can see the Light of the Eye. But I was strong, the strongest my teachers had found in a hundred years, though in the end, I was not so strong as she who came after.

Pride. It is ever the downfall of humanity. The daemon in the Face spun its web to entice me, and I was caught without protest. I let it in, and it would not leave. It did not force me; it didn’t have to. I worked with it willingly. I wanted power, and it offered that to me, as long as I allowed it to use my body, as long as I gave it the freedom to work the will of its Daemon Queen by my hand.

But it is not my story you come seeking, oh no. It is hers. She who found the Empyros and returned the Summoners to our world. She who reforged the Shaluay and reignited the Starwells. She who discovered the truth of my captor and returned it, and me, to this Face that had been built to contain it. Leaving it—leaving me—trapped here forever, a warning, a cautionary tale, that the denizens of the Void do not just seek to possess those who can wield Asai.

But it is her story you want. Not mine. No, never mine.

Come then, stranger. Sit and hear the advent of the Queen of the Stars.

Starbinder began life as the first piece of writing I ever did for what became The Blood of the Spear, Book One of the Eye of Eternity. It was originally the prologue. But as time went by, I set it aside for other ideas as the world and the story took greater shape in my mind. But I always came back to the story and the events in Starbinder, and I wondered if I couldn’t use them in some way to write a novella. So, after finishing The Blood of the Spear I turned my attention back to this old prologue and started rewriting the story to bring it more firmly into line with events in BotS, and the lore that had refined itself with the writing of book one and fleshed out the events – as well as adding new scenes and characters to the work.

Hmmm, I’m not sure I learnt anything specific. I think I’m finding the more I write the faster I am getting. I noticed that I was picking up errors in prose, or that I needed to create tension in scenes, as I was writing them where previously I’d catch it in the second draft. I count that as personal progress.

The thing that surprised me the most was how easily the story I had originally written was able to be expanded. I had never planned to do more with the original prologue yet when I started writing it, I found it naturally lent itself to a larger story than had been intended.

A Starbinder is a member of the order of Shaluay Starbinders, an organization of people with mage-like abilities who powers are sourced from the stars.

No, my characters may have characteristics lifted form people I know in real life, but they are creations of my own, not based on real people.

Not really. I mean it might be in there somewhere, but I don’t consciously think of these things when I am writing.

That’s like asking apparent who their favourite child is. I have a few favourite parts, but I’ll leave you to read the book and determine your own.

I didn’t have any particular difficulty with any of the characters. They come pretty easily and I am able to get into their mind without too much trouble.

To get The Pillars of the Sky, Book Two of the Eye of Eternity written. I’m hoping to have it out by mid next year.

Mark Timmony was born in Sydney and grew up on the Northern Beaches. He’s wanted to write for as long as he can remember and has several notebooks filled with illegible scribblings from childhood to prove it. The desire to write led to work as a bookseller and he spent almost a decade working as a genre specialist in Sydney. 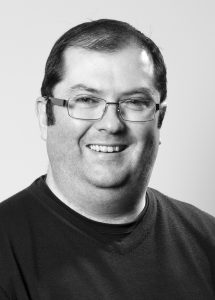 Sign-up to the authors newsletter to get the eBook free!