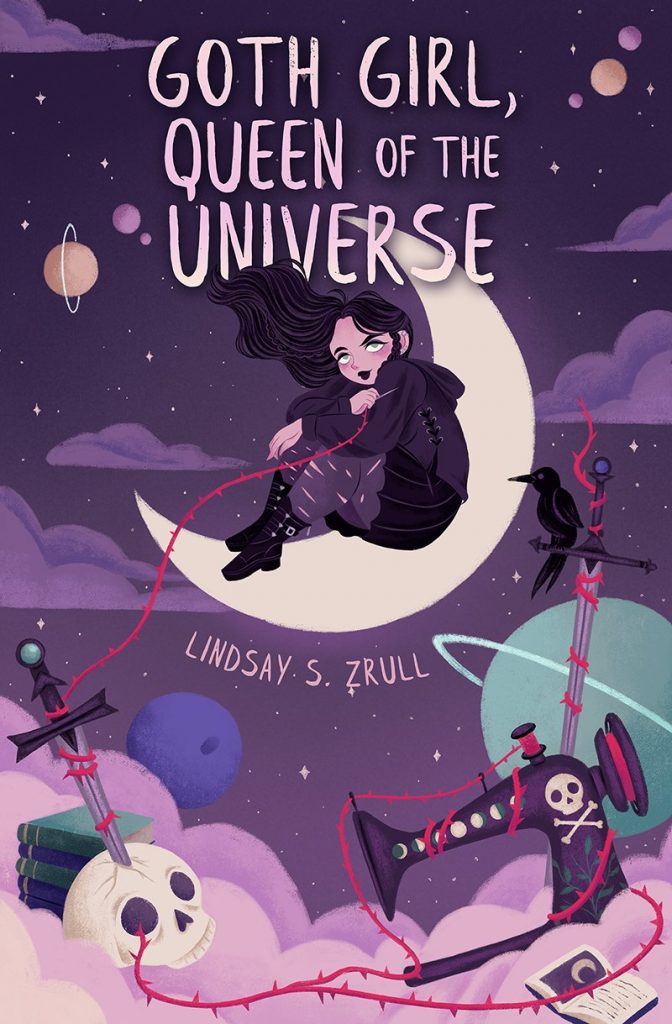 Bounced between foster homes since the age of seven, Jessica knows better than to set down roots. Most of the kids at her new Michigan high school think she’s a witch anyway (because, you know, goth). The only one who gives her the time of day is geeky Oscar, who wants to recruit her fashion skills for his amateur cosplay group. But Jess is fine showing off her looks to her Insta fans—until a woman claiming to be her biological mother barges into her DMs.

Jess was claimed by the state when her bio mom’s mental illness made her unstable. While their relationship is far from traditional, blood ties are hard to break. There’s only one problem: Jess can’t reunite with her mom in New York City without a bunch of paperwork and she worries her social worker will never approve the trip. That’s when she remembers Oscar’s cosplay group, which is aiming for that big convention in New York . . .

So, Jess joins Oscar’s team—with every intention of using them to get to her mom. But her plan gets complicated when she discovers that, actually, cosplay is pretty great, and so is having friends. And Oscar, who Jess thought was just a shy nerd, can be as gallant and charming as the heroes he pretends to be. As the big convention draws near, Jess will have to decide whether or not chasing a dream of “family” is worth risking the family she’s built for herself.

Lindsay S. Zrull is a former foster teen and current book nerd. She graduated from the University of Michigan with a Master’s degree in Library and Information Science and earned a second Master’s degree in Creative Writing from Harvard Extension. Goth Girl, Queen of the Universe is her first novel. You can follow her on Twitter and Instagram @LSZrull. 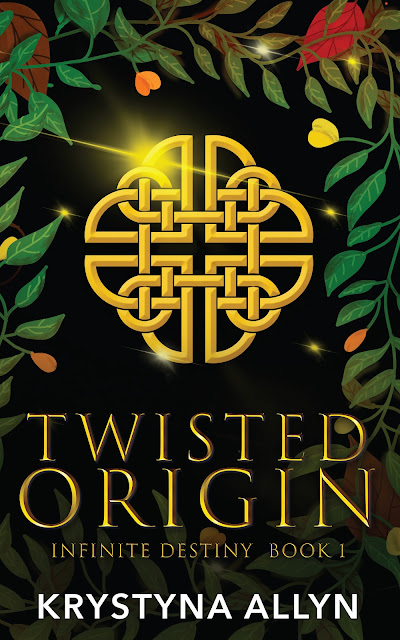 Title: Twisted Origin
Series: Infinite Destiny #1
Author: Krystyna Allyn
Genre: Paranormal Fantasy
Release Date: July 15, 2022
BLURB
Enter a supernatural world where curses are real, and fated mates aren’t always an absolute.
Leena
I’m a survivor.
Between foster care, handsy step-siblings, and a mountain of toxic ex-boyfriends, I have to be.
After barely escaping my last loser, I was attacked in a way I didn’t know possible.
I should’ve died.
Fate has other plans.
Now, I’m forced into a life surrounded by things that go bump in the night, where fairy tales and mythical creatures are real. My mere existence has attracted an entire supernatural world.
Both good and bad want to own me, but the only person I belong to is him.
Declan
If someone told me years ago I was destined to lose my sanity because of an unbreakable curse, I would’ve laughed in their face. I was human, and my life wasn’t complicated.
An animal attack changed that. It changed everything.
The beast killed my family and transformed me into this thing. I spend my time protecting mankind from the worst of us–the feral wolf shifters who’ve succumbed to madness.
Still, he got to her, and I was too late.
Or so I believed.
I was given a second chance, and this time, failure isn’t an option. I’ll keep Leena safe and protected the one way I know how. By making her mine.
ADD TO GOODREADS 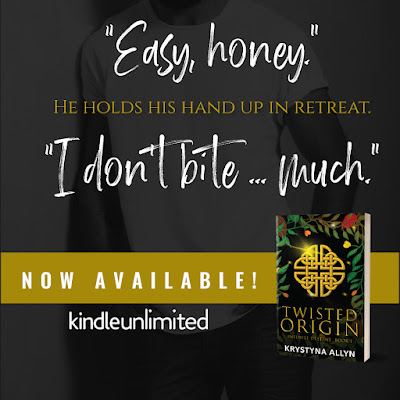 PURCHASE LINKS
AMAZON US / UK / CA / AU
UNIVERSAL
Free in Kindle Unlimited
ALSO AVALABLE IN PAPERBACK
AUTHOR BIO
Krystyna lives in somewhere USA with her amazingly awesome husband. Though she works full time, blogs, and reads like a maniac, she still manages to find the time to write all her crazy stories.
Her hobbies include baking, skydiving, karaoke, and general mischief. The list of her favorite authors is endless, so rather than singling out anyone in particular, she’ll just mention her number one go-to cookie is oatmeal raisin.
AUTHOR LINKS
FACEBOOK
FACEBOOK GROUP
INSTAGRAM
TWITTER
AMAZON
BOOKBUB
NEWSLETTER
GOODREADS
PINTEREST
WEBSITE
TIKTOK
AUDIBLE

Welcome to the pre-order event for Invitation to Hell, a dark romantic fantasy by Amber Bunch! Read on for details, pre-order a copy, and enter the giveaway ($25 Amazon e-gift card – open to everyone)!

Invitation to Hell (Goddess of Death #1)

What if, all you’ve ever known was ripped away from you…

You were thrown into a world full of the same creatures that have haunted your nightmares for years. Magic, and the Gods are no longer a myth, but a part of your destiny.

Now, you’re about to lose everything and everyone you love to an evil King known as the Devourer of Souls.

The ruthless Prince that drives you crazy and thinks you are a waste of his time.

You can’t stand him, but he has been instructed to protect you, so now you have to deal with his arrogance on top of everything else.

The two of you must travel across the Realms to find a way to stop King Lucius before all is lost and you still don’t even know how to use your newly awakened power.

Well, this should be fun.

Pre-Order Here and at B&N!

Amber is an author of spicy romance with a twist… She isn’t committed to any one genre. She lives in Ohio with her family and her dog. She enjoys the outdoors, reading, playing guitar, and loves to stay active. She is a mother of three and her family is her biggest support group. She has also written a children’s book series that was inspired by her children and their play adventures together.

Pre-Order Incentive: When you pre-order you get a few extras when your book arrives:   2 Stickers (Including Chibi Sticker of Asmo and Kali) , 2 Bookmarks, Art Print of Asmodeus, Signed Book Plate   Must sign up for newsletter via website for shipping updates   Must be ok with sharing mailing address with Amber Bunch for shipping book swag   Must have proof of purchase to receive Pre-Order Incentive (Either Print or Digital and sent to R&R Book Tours or Amber Bunch)