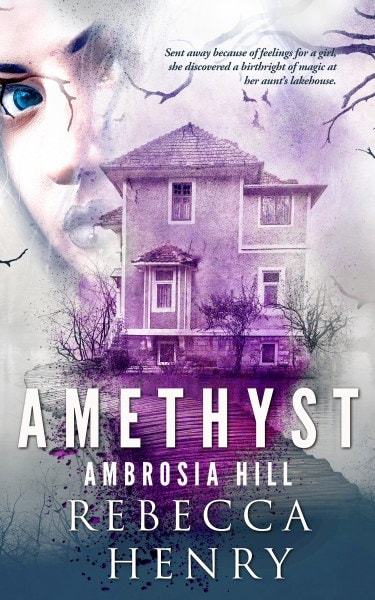 Book one in the Ambrosia Hill series

She was sent away because of her feelings for another girl. But what she discovered at her aunts’ lake house was a birthright of magic.

Thirteen-year-old Zinnia is about to turn fourteen when her life is flipped upside down. With her parents on the brink of a divorce, Zinnia is sent to spend the summer with her eccentric great-aunts at their lake house away from her home in Manhattan. Zinnia arrives at her aunts’ massive Victorian house with a heavy heart after a recent falling out with her best friend Charlotte, who betrayed her trust by showing the meanest and most popular girl in school a letter Zinnia wrote confessing her feelings for Charlotte. The aunts rely on practical magic, acceptance and old family friends to help heal their great-niece in more ways than one.

What Zinnia discovers on Ambrosia Hill is more than just her birthright to magic—she meets Billie, a girl who conjures feelings inside Zinnia that she can no longer deny. 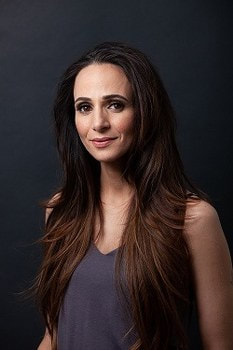 Rebecca Henry is an American author living in the UK. Her books range from vegan cookbooks to fantasy to sci-fi to Rebecca’s latest release with Urban Edge Publishing, Louisiana Latte: A Chick Lit Comedy About Sisters, Stilletos, Coffee, and One Fabulous Diva! You can find all Rebecca’s books on Amazon. “I didn’t know the school had a Quantum Club,” says a girl passing by. Popular. A junior, in black Lululemon leggings.

“What the hell’s ‘quantum’?” a familiar voice says. “Oh . . . that explains it.” I turn to see my cousin Meghan looking in my direction. Hair highlighted blond. Glossy pink lips. We are nearly the same age, and worlds apart.

“Oh, Matty, all you care about is food.” Meghan giggles as they continue walking.

Truthfully, I don’t know what quantum is either, but a quick Google search gives me the answer:

The study of physics that allows for particles to be in two states at the same time.

I head for the cafeteria, intrigued…

There are three people seated in the sea-foam-green cabbage-smelling room. No surprise Mickey Mizner and Brian Leonard are two of them.

“My problem is I’ve got everything prepped for ampage past 27MHz,” Mickey says, blowing dark bangs off square-framed glasses. “I just need to hit ionosphere at the right angle—” He taps a black box on the table, the size of a breadbox, with knobs and buttons. From here, I make out the words Galaxy Torchlighter 825.

“Sweet and illegal to jack up,” Brian replies.

The new guy swigs from an Orangina and scribbles in his notebook, his white braided bracelets scratching against the Formica tabletop. He’s wearing an MIT sweatshirt, and peeking out from the neckline is a black rope necklace. At the ends of his hair, gold beads catch the fluorescent light.

“It’s not a bad start,” he says, looking up and taking a swig of orange soda. “But can you get someone on the other end of the world to receive the signal? The antipode must be, what, Australia?”

“That’s what I told you,” Brian says. He’s wearing a uniform from the ice cream store Sunset Scoops: a brown wavy smock made to resemble dripping hot fudge, and a maraschino cherry hat.

“Wait, the what is Australia?” Mickey asks.

“It means ‘opposite,’ ” I say, reaching the table. “Geographically, right?”

The new guy grins at me, his eyes twinkling with approval. And I’m not going to lie: I can’t help but grin back. I slide into the end seat.

“Well, now that we got that out of the way,” Brian cuts in. “I’m thinking Electromagnetic Induction. The hypothesis is that a current can create a magnetic field.”

“Also not bad.” Farold scribbles again and glances up. “But you’d have to check if it’s already been done.” He has a singsong quality to his words. I like the way “realize” is “real’izze.”

Mickey shoulders Brian. “That’s what I told you.” He turns to Farold. “Anyway, if I find someone across the world, in an antipode” — he glances to me — “think it’s worth seeing if my radio’s skip is capable?”

Brian shoves back. “Mine may be done, but there’s nothing yet on what can and cannot escape the said magnetic field. . . .”

“They’re both solid starts.” Farold draws his fist to rest beneath his sculpted jaw line, looking suddenly like the art room’s knockoff sculpture of Michelangelo’s “The Thinker.” “But since this is going to be a competition for MIT, the best science institution in the country, we’ll have to shoot beyond the rudimentary. . . . Any other ideas?”

Three faces turn to me. One cute as hell. But I’m here to listen. Besides, I can’t take the rejection again.

“Every idea has merit,” Farold says.

“He’s dope, Jett,” Mickey says, which coming from him sounds anything but dope.

I could feel defensive, but there’s something about the way he asks, earnestly, and the way he looks at me, so open and curious. “I . . . guess . . . I liked what your flier said. It made me think. Wonder, really. Something I’ve been thinking about. The idea of things being in two separate places at the same time?”

He smiles again, right through me, sending a tingle along my neck. “I’m actually working on something that poses that exact question. But it’s hard to prove. I mean, so far, no one has . . . supported it.”

“How would you have a feeling about that?”

“Your hesitation.” Our eyes affix. Is it my imagination or is there something palpable between us?

“You guys know we’re in the room, right?” Brian says.

Farold turns to him. “Two particles in separate boxes.”

He waves his hand, drawing us all in. “It’s proven they can communicate with one another and influence each other’s physical spin. Well, I propose they relate to one another in a nonscientific way. In a way we can’t really yet name. That they can speak to one another . . . by sensing one another.”

His eyes meet mine, alight, full of possibility. “Your turn.”

And like that, I find myself blurting the story I promised I’d stop telling people:

“What have you tried?” Farold asks.

“You name it. Re-creating the events. Dreaming and setting an alarm. I’ve tried something called the rope technique, and the ladder technique. Also, rolling out, driving out, rotating, and yo-yo’ing, which is basically trying to climb, drive, or shimmy out of my body. I’ve tried the point-shift method and the picture technique, in which I’m supposed to envision myself hovering at the ceiling, looking down at my bed. I’ve even sent away for this—”

I pluck the envelope from my bag and tear it open.

That’s when Mickey and Brian call it a day.

“Yeah, I gotta split too,” Brian adds. “You’re awesome, man. . . . Uh, good luck, Jett.” Brian tips his ice cream cone hat and exits the cafeteria, leaving me alone with Farold, my heart sinking at the sight of the DVD on the table between us.

It’s not the cheesy clouds against sky on the circular sticker adhered to the DVD that rushes blood to my cheeks, but the airbrushed, ethereal angel flying through those clouds.

At $39.99, this cost me more than four hours of librarian work. Why did I think this was a good idea to share — or buy?

Farold slides the disc into his laptop, turning the device for both of us to see. Even the digital quality is pathetic. Two women wearing flowing garb and seeming to float on a cloud discuss how they came to learn under the tutelage of the Dr. Reflexology guy, the art of soul travel by aligning their chakras — what they can help me do for the next hour. Though if I want to learn the nine secrets to launching myself, I will need to send away for the DVD package. For a mere $69.99 more.

I want to crawl under the table.

And that’s my cue.

I stand, slinging my backpack on, and extend my palm for the DVD, even knowing as pathetic as it is, I am going to watch it — a thought that makes my cheeks even hotter. Because that’s how desperate I’ve become, and I hate myself for it. “Anyway . . . if you can just keep everything I said earlier to yourself.”

He pops out the DVD and walks around the table to stand before me, a foot taller. “What happens in Quantum Club stays in Quantum Club.” He edges close enough for me to smell a delicious vanilla scent wafting from his sweatshirt, to feel those tingles again, and to see in his pupils gold flecks that look like stars.

“Could be a multiverse, you know. That Indigo place?” His hand grazes my wrist as he places the plastic disc back in my palm. “Alternate realities are always taking place. The name for it in quantum mechanics is the Many Interacting Worlds.”

“There are no absolute proofs in quantum theory. It’s about what we can measure, and to what precision.” He seems to have an idea, darts back to his notebook, and scribbles.

“We’re going to need to know what’s been documented on the theory so far, and under what conditions.” More scribbling. “Oh, and what laws govern these . . . phenomena. So . . .  maybe that’s not a total waste?” He nods to the DVD.

I place it on the table, suppressing tears, and take a seat. Heather Siegel is the author of THE KING & THE QUIRKY, and OUT FROM THE UNDERWORLD. She teaches academic and creative writing, holds an MFA from The New School University, and lives with her family in Southern Florida.